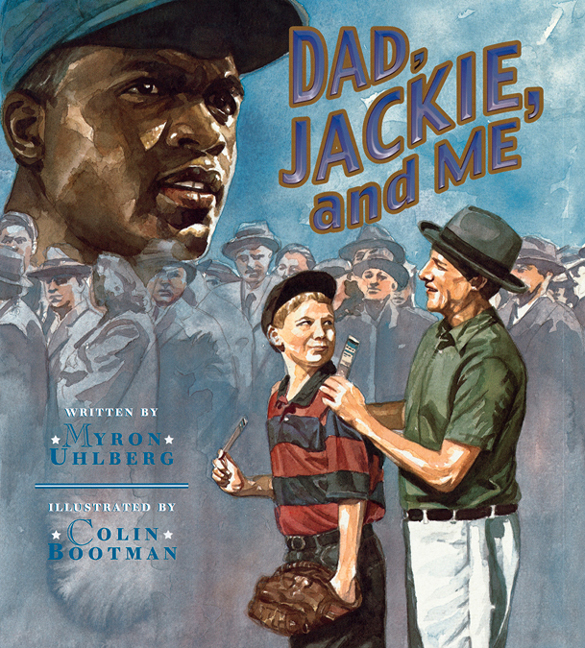 Dad, Jackie, and Me

It is the summer of 1947 and a highly charged baseball season is underway in New York. Jackie Robinson is the new first baseman for the Brooklyn Dodgers—and the first black player in Major League Baseball. A young boy shares the excitement of Robinson’s rookie season with his deaf father.

Each day he listens eagerly to the Brooklyn Dodgers games on the radio. When his father arrives home from work, the boy uses sign language to tell him about the Dodgers. His father begins to keep a scrapbook, clipping photos and articles about Jackie. Finally one day the father delivers some big news: they are going to Ebbets Field to watch Jackie play in person!

Author Myron Uhlberg offers a nostalgic look back at 1947, and pays tribute to Jackie Robinson, the legendary athlete and hero who brought a father and son—and an entire New York community—together for one magical summer. Illustrator Colin Bootman’s realistic, full-color illustrations capture the details of the period and the excitement of an entire city as Robinson helps the Dodgers win the long-awaited pennant.