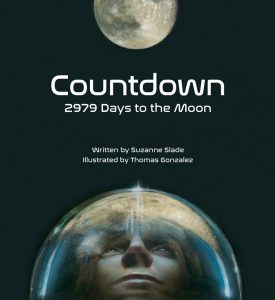 In 1961, President John F. Kennedy announced that the United States would try to land a man on the Moon by the end of the decade. During the two thousand, nine hundred and seventy-nine days that followed his speech, eighteen astronauts climbed into spaceships; three of them died before even leaving the ground. Eight rockets soared into space. And four hundred thousand people—engineers, technicians, scientists, mathematicians, and machinists—joined Project Apollo in hopes of making the dream a reality.