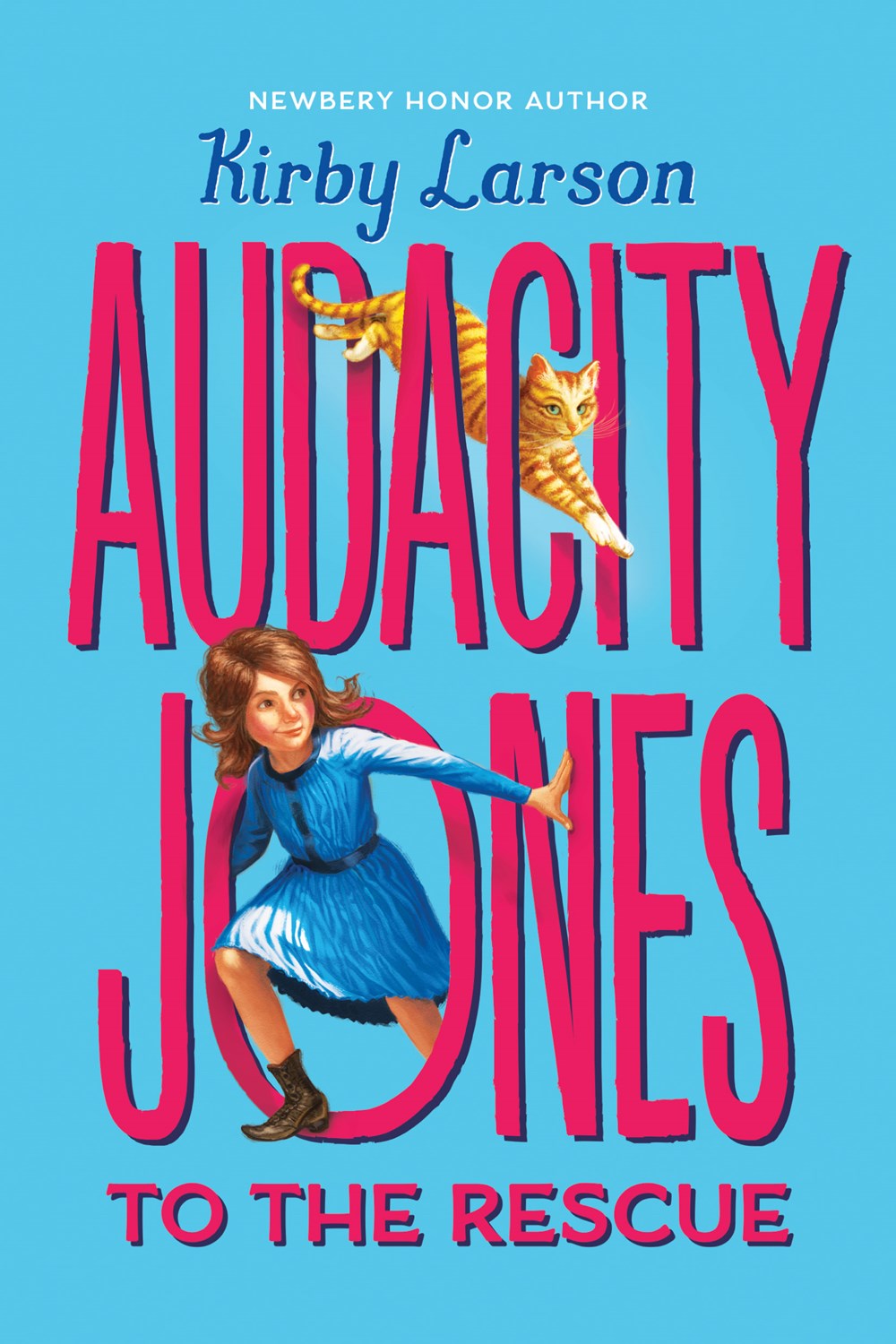 An irrepressible orphan named Audacity Jones is headed on an adventure of historic proportions! The first book in a brand-new series from beloved Newbery Honor author Kirby Larson!

Audacity Jones is an eleven-year-old orphan who aches for adventure, a challenge to break up the monotony of her life at Miss Maisie’s School for Wayward Girls. Life as a wayward girl isn’t so bad; Audie has the best of friends, a clever cat companion, and plenty of books to read. Still, she longs for some excitement, like the characters in the novels she so loves encounter.

So when the mysterious Commodore Crutchfield visits the school and whisks Audie off to Washington, DC, she knows she’s in for the journey of a lifetime. But soon, it becomes clear that the Commodore has unsavory plans for Audie–plans that involve the president of the United States and a sinister kidnapping plot. Before she knows it, Audie winds up in the White House kitchens, where she’s determined to stop the Commodore dead in his tracks. Can Audie save the day before it’s too late?