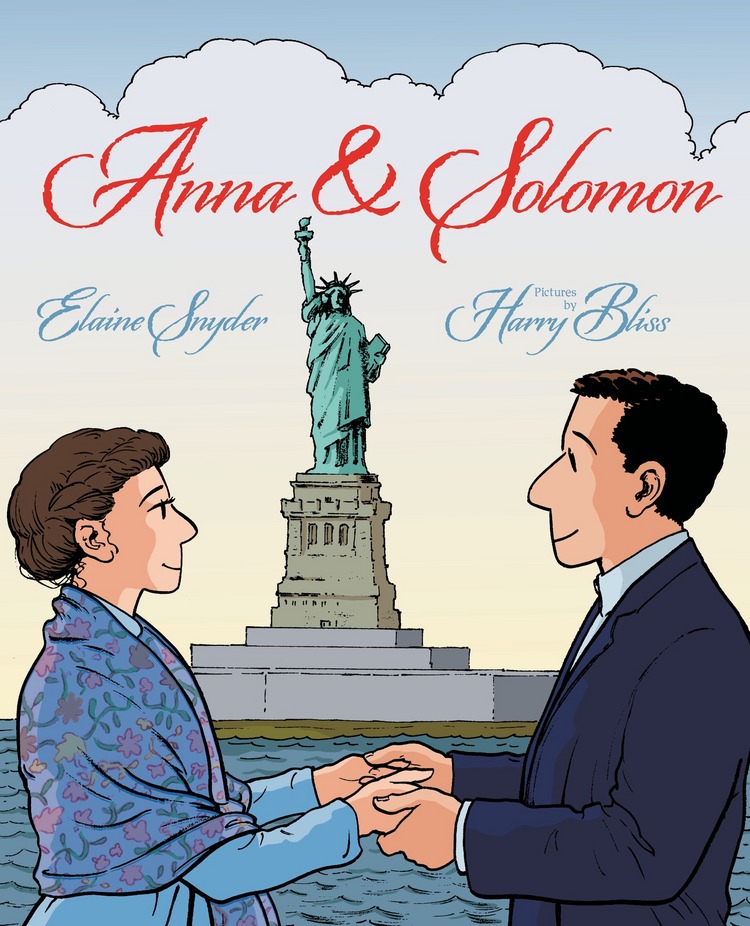 A true immigration love story, with pictures from a New York Times-bestselling illustrator

In 1897 a young man named Solomon fell in love with and married a beautiful young woman named Anna. They lived in Russia, which was dangerous at that time for a Jewish family, so Solomon moved to the United States, where he worked and saved until he had enough money to send Anna a ticket for the voyage across the ocean. But when Solomon went to meet Anna’s ship, Anna’s younger brother was waiting for him. Solomon took in her brother and worried and saved until he could send the money for Anna’s passage again–but this time, Anna’s older brother was waiting. When Solomon sent the money a third time and Anna’s mother arrived, Solomon wondered if he would ever see his dear wife again. Anna & Solomon is based on the true story of the author’s grandparents’ immigration.