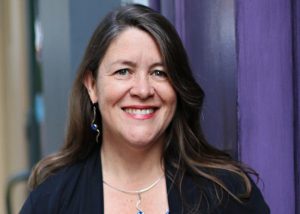 Last year, United States President Joseph R. Biden, Jr. issued the first-ever Indigenous Peoples’ Day proclamation in the country’s history on October 8, 2021. He noted the significant contributions that Native Nations and their citizens have made and continue to make in the United States, including their response to the ongoing COVID-19 global pandemic. Similarly, he recognized the federal government’s responsibility to honor the treaties signed with Native Nations, including “upholding the rights and dignity of the Indigenous people who were here long before colonization of the Americas began.”

But most people in the United States do not know about the rights of Indigenous people. Nor do they have any real knowledge about the sovereignty of Native Nations. Why not? Those legal and political realities have not been taught in K-12 education nor widely represented in mainstream media.

Thanks to a growing number of Native-created trade-published books for children and teens, young people nationwide can be more informed than previous generations before them. Earlier this year, the American Indian Library Association selected three nonfiction books to honor. These titles showcase the history and contemporary realities of Native Nations, the contributions of their citizens, and explain the significance of Indigenous Peoples’ Day for all of us in the United States.

While every day is Indigenous Peoples’ Day for those from tribal communities, I invite everyone to read and deepen their knowledge as we observe this day nationwide once again.

Check out Traci’s Get Caught Reading poster and more for Indigenous People’s Day. The CBC also has reading lists and online resources like the Indigenous & Native Peoples Books and Resources.

Traci Sorell Traci Sorell is a Cherokee Nation citizen and award-winning author of fiction and nonfiction for young people. A former federal Indigenous law attorney and advocate, Traci lives with her family in her tribe’s reservation in the northeast corner of Oklahoma. You can learn more about Traci and her work at www.tracisorell.com.