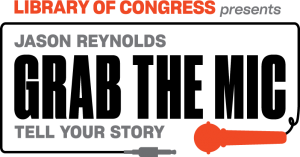 New York, NY – November 25, 2020 – Jason Reynolds, the National Ambassador for Young People’s Literature, will embark on a two-week virtual tour in December 2020, connecting with middle school and high school students in underserved communities. In support of the Ambassadorship tour, Simon & Schuster Children’s Publishing has donated 5,500 paperback copies of Reynolds’s Look Both Ways: A Tale Told in Ten Blocks—a National Book Award finalist—to schools, for distribution to all students and educators. Schools across the country are invited to visit the Every Child a Reader website (everychildareader.net/ambassador) to download Reynolds’s “GRAB THE MIC: Tell Your Story” Educator Guides, for activities that educators can implement in the classroom (in-person or virtual) to encourage students to celebrate their personal stories.

At the start of his two-year term as Ambassador, Jason Reynolds’s goal was to visit small, underserved communities that don’t often have the opportunity to host authors to have meaningful discussions with young people. In light of the pandemic, Reynolds will now connect with schools virtually, but his goal remains unchanged. “Though we’re living in unprecedented times, times that cause us to pivot and rethink our plans, I’m still just as excited to engage with our young people around stories,” said Reynolds. “If anything, what we’ve learned over the last eight months is that we need each other, and my desire is for that need to be partially satiated with the exchanging of our narratives, even if through a screen. I feel encouraged and am looking forward to ‘hitting the road.’”

In December 2020, Reynolds will do eight virtual appearances, connecting with students from thirteen middle schools and high schools. Each winning school (selected from almost 200 proposals submitted earlier this year, and listed below) will receive a 45-minute virtual event, during which Reynolds will discuss his role as Ambassador with an educator/professional at each school and will also converse with two student “ambassadors”—each student ambassador will ask a question of Jason, and will be asked questions by Jason, in return.

Connecting with young people at home during the pandemic is nothing new to Jason Reynolds, who launched two video series this year. In April 2020, in coordination with the Library of Congress, he debuted “Write. Right. Rite.”—a 30-part video series for kids hosted at guides.loc.gov/jason-reynolds/grab-the-mic offering fun and engaging prompts to express creativity—as well as a monthly newsletter for parents and educators focused on relevant topics of the day. At the end of March 2020, Reynolds also launched “Brain Yoga,” a weekly Instagram Live video series (hosted every Friday), in which he invites up to six children to join him on screen to participate in a game that stretches the imagination, for a chance to win a gift card to a local independent bookstore of choice. Jason has personally gifted thousands of dollars in support of bookstores across the country.

Proposals for 2021 virtual events with Jason Reynolds (currently planned for Spring 2021) are now being accepted at the Every Child a Reader website.

Reynolds is the author of more than a dozen books for young people, including Look Both Ways: A Tale Told in Ten Blocks, a National Book Award finalist that was named a Best Book of 2019 by NPR, The New York Times, The Washington Post and TIME. A native of Washington, D.C., Reynolds began writing poetry at age nine and is the recipient of a Newbery Honor, a Printz Honor, an NAACP Image Award and multiple Coretta Scott King Award honors. His most recent book (with Ibram X. Kendi), Stamped: Racism, Antiracism, and You, was a #1 New York Times bestseller.

During his two-year term as National Ambassador for Young People’s Literature, Reynolds plans to visit small towns across America to have meaningful discussions with young people. Through his platform, “GRAB THE MIC: Tell Your Story,” Reynolds, who regularly talks about his journey from reluctant reader to award-winning author, will redirect his focus as ambassador by listening and empowering students to embrace and share their own personal stories.

About the National Ambassador for Young People’s Literature

The National Ambassador for Young People’s Literature is appointed by the Librarian of Congress and is an initiative of the Library of Congress, in partnership with Every Child a Reader and the Children’s Book Council, with generous support from Dollar General Literacy Foundation.