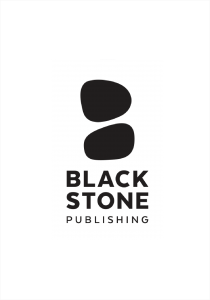 In 1987, in a small garage in Southern Oregon, Blackstone was born. Founded by Craig and Michelle Black, the early days consisted of a small handful of family members and employees working out of their home, building the business one cassette tape at a time. With a fresh perspective on the reading experience, Craig and Michelle, along with their trusted team, found new and innovative methods to not only produce and distribute audiobooks, but also pioneered creative ways to collaborate with publishers, booksellers, and the audiobook listening community. 2017 marks Blackstone’s 30th anniversary, and the company continues to grow, innovate, and further the ascendancy of the overall audiobook business.

The new publishing venture, launched in 2015, is built upon this foundation. Our goal is to publish groundbreaking books (fiction and nonfiction) by talented writers, and to forge long-term connections with readers, booksellers, librarians, and the overall literary community.

We’re thrilled to be working with bestselling authors like P. C. Cast and Kristin Cast, Shelley Shepard Gray, Nicholas Sansbury Smith, Catherine Ryan Howard, and Cory Doctorow to publish print books, e-books, and audiobooks, furthering our commitment to bringing entertaining stories to as many people as possible in the most creative and innovative ways imaginable.

What are some titles you’re proud to have published and why?

The House of Night Other World series by P. C. Cast and Kristin Cast
We are proud to be a part of the spinoff series of P. C. Cast and Kristin Cast’s wildly popular series, House of Night, which was recently picked up for a TV series. P. C. and Kristin are a wonderful mother-daughter author team, and the Other World series was just completed with Found, the final installment on July 7th, 2020. We are sad to see the spinoff come to a close, but excited to find out what else P. C. and Kristin have in store for us.

Shadow Frost trilogy by Coco Ma
Shadow Frost is Coco Ma’s debut novel, a YA fantasy series, and she wrote and completed the first draft when she was fifteen. Coco competes as a pianist and attends Yale University. Beyond being a teen prodigy, Coco’s second book in the trilogy, God Storm will be releasing on October 20th.

The Age of the Seventh Sun series by Lani Forbes
Blackstone is proud to be a part of this other great YA fantasy series. Lani Forbes is a middle school teacher who teaches math and science. The Seventh Sun was her debut novel set in an historical fantasy background with Aztec and Mayan mythology as her inspiration. The sequel, The Jade Bones, will be coming out February 2021 and is one you won’t want to miss!

What Blackstone projects are you really excited about?

Be on the lookout for ReSet by Sarina Dahlan, coming in May 2021. Set in the vein of A BRAVE NEW WORLD comes a new YA dystopian novel where citizens undergo a memory wipe every four years. Aris, a scientist who always found love pointless, meets Benja, a free-spirited writer, who takes her on a journey to find the Dreamers, a secret organization thought to have a way to recover memories. Thought-provoking and emotionally resonant, ReSet will make you consider the haunting reality of love and loss, and the indelible marks they leave behind.

Sarina Dahlan was born into an Indonesian family in Thailand, and immigrated to the United States at the age of twelve. A graduate of the University of California, San Diego with degrees in Psychology and Visual Arts, she has blended both disciplines in careers as an advertising producer, a corporate marketing strategist, and an award-winning writer.

Also, be on the lookout for Breeder by Honni van Rijswijk, coming in July 2021. Breeder is The Handmaid’s Tale for Generation Z. In the dystopian world of the Corporation, every life is valued in Units and nearly everyone is expendable—especially if you’re a girl… a Breeder. Will Meadows is a seemingly average 15-year-old Westie, manages to travel to the Gray Zone and meets Alex, another teen, who is part of the Response, an uprising to overthrow the Corporation. The two become careless as they travel into Zone B and Will’s greatest fear is realized when his true identity is revealed. Breeder creates a world where everyone is expendable, except for a chosen few.

Honni van Rijswijk is a writer, lawyer, and academic. Breeder is her debut novel, and her fiction appeared in Southerly and was shortlisted for Zoetrope: All-Story.

What are you hoping to accomplish by joining the CBC?

Blackstone is hoping to be more a part of the YA community, to have access to the benefits of a membership, submitting to awards, and helping our books and authors get more publicity buzzing around them.

Where can librarians, educators and booksellers learn more about Blackstone?