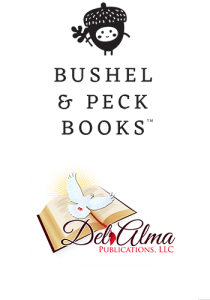 Del Alma Publications is a Latina-owned, independent book publisher based in South Texas. Their mission is to meet the biliteracy challenges of the Hispanic learner living in the United States in an effort to bridge the achievement gap.

20 years ago, our founder Dr.  María Alma González Pérez was a professor of bilingual education at the University of Texas – Pan American, where she oversaw the supervision of student teachers. She remarked how the bilingual education teachers had hardly any bilingual books and would take a book written in English and translate it simultaneously into Spanish during storytime. . . . She then began purchasing all the bilingual books she could find and started a small library for her students.

Dr. María Alma González Pérez saw how the demand for these books was so needed in the bilingual education classes, and how there were not nearly enough books available. After her retirement . . . she decided to start a publishing company to produce more of these bilingual books and to promote more Hispanic authors and illustrators.

In the book ¡Todos a Celebrar! boys and girls are portrayed in non-traditional roles. Will you please elaborate on that?

In  ¡Todos a Celebrar!, we highlight many Hispanic customs and traditions like breaking the piñata and making tamales. Customarily, it is a boy who breaks the piñata, but we feature a girl who is breaking it. Coincidentally, she happens to be a very successful softball player! In our depiction of making tamales, we have both boys and girls participating in this familial affair, because cooking is not just for females.

What projects are you excited to be working on?

Next on our list of upcoming titles is a very special bilingual book titled Glove for a Lady, which is a delightful story of friendship. It is centered on the 1966 visit of President Lyndon B. Johnson to Welhausen School in Cotulla, TX, where he was a former teacher and principal. This is the debut book from author Geronima Garza, former bilingual education teacher, and South Texan native. The book is slated for release in November 2020.

The CBC is delighted to welcome Bushel & Peck Books!

For every book that Bushel & Peck sells, the publisher donates one to a kid in need. Based in Fresno, CA, they are accepting solicited and unsolicited manuscripts.

I started working in book publishing at Familius, where I was eventually the company’s publishing director. It was a remarkable experience to watch a fledgling startup grow into the independent powerhouse it is today. I am very proud of [Founder and CEO, Christopher Robbins] and everything we accomplished together there.

But one day, during an hours-long car ride up the Oregon coast, the idea of starting my own publishing company was planted, and that idea never left. After weeks of working out financials and thoroughly thinking things through, I eventually left Familius. Stephanie and I started Bushel & Peck Books together, and since day one, it has been a deeply exciting and fulfilling adventure for both of us.

Bushel & Peck donates a book to a child in need for every one it sells. How did this program develop?

When we decided to start Bushel & Peck Books, something Christopher always used to say was on my mind, “We can have any kind of company we want to have.” That freedom is full of wonderful and yet serious possibilities. What impact will your company have on the world? What good will it accomplish?

We determined that more than just make wonderful children’s books, we wanted to make sure all kids had access to them. And that’s where the Book-for-Book Promise was born. If there are readers who know of schools, libraries, or nonprofits who can help us distribute books to kids in need, please nominate them at our website!

What is a title you’re proud to have published and why?

We really love The Interactive Constitution. With all the paper engineering and interactive features, It’s just magical on every page and teaches basic civics in such a compelling way that’s never been done before. We were once at a school book event, and we saw what was probably a third- or fourth-grader lying on the cafeteria floor looking over the book. It was so fun watching him open the flaps, spin the wheels, and exploring all the details we’d spent so many weeks trying to get right.