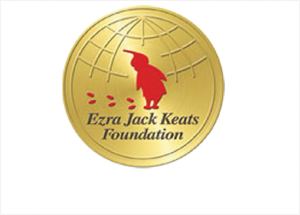 2020 Ezra Jack Keats Award for Writer and Illustrator Winners —The 2020 Ezra Jack Keats Award winner for writer is Sydney Smith, for Small in the City (left; published by Neal Porter Books, an imprint of Holiday House Publishing, Inc.). The winner for illustration is Ashleigh Corrin, for Layla’s Happiness (right; published by Enchanted Lion Books). The EJK Award recognizes talented authors and illustrators early in their careers whose picture books, in the spirit of Keats, portray the multicultural nature of our world.

NEW YORK—March 2, 2020—The Ezra Jack Keats Foundation, in partnership with the de Grummond Children’s Literature Collection at the University of Southern Mississippi (USM), announced the winners of the 2020 Ezra Jack Keats Award today. Each year an outstanding writer and illustrator are recognized early in their careers for having created an extraordinary children’s book that reflects the diverse nature of our culture. This year, the award ceremony will be held on April 2nd, 2020 during the Fay B. Kaigler Children’s Book Festival at USM in Hattiesburg, Mississippi. The winning writer and illustrator will each receive $3,000 and a bronze medallion encased in lucite.

Deborah Pope, Executive Director of the Ezra Jack Keats Foundation said, “It’s a gift to see Ezra’s legacy encourage and support today’s outstanding authors and illustrators who create books that reflect our multicultural population. For 34 years, the Ezra Jack Keats Award has recognized books and artists that advance excellence and diversity in children’s literature. We hope to continue for another 34 years.”


“Since 1986, we’ve seen the winners and honorees of the EJK Award blossom into the Ezras of today and tomorrow. We see that same spirit and talent in this year’s winners and honorees. It will be a joy to watch their careers flourish, writing and illustrating delightful children’s books that make a difference,” said Ellen Ruffin, Curator of the de Grummond Children’s Literature Collection and the Keats Archive.


The 2020 Ezra Jack Keats Award winner for Writer is:

Sydney Smith, for Small in the City
Illustrated by Sydney Smith
Published by Neal Porter Books, an imprint of Holiday House Publishing, Inc.


What’s it like to be small living in a big city? Well, it can be pretty scary…unless you know someone who can relate to your experience and is always there with some helpful advice. In the first book that he has both written and illustrated, Sydney Smith tells a thoughtful tale about seeing a big world through little eyes. When you’re small in the big city, people don’t see you, loud sounds can frighten you, and knowing what to do is sometimes difficult. But this little kid knows the ropes and is happy to help.


Smith said, “Winning the Ezra Jack Keats Award is incredibly meaningful. Keats wrote about children and their experiences with empathy and inclusivity. The risk of writing for children is to be an adult telling children what it’s like to be a child. Keats has inspired many, including myself, to simply be a human sharing the wonders of the human experience. With Small in the City, everyone, children and adults, know the feeling of being insignificant in a huge city surrounded by the chaos, the hustle, and intense feelings. We don’t give a lot of credit to children for their capacity to navigate emotions —their spectrum is wider than we acknowledge.


The 2020 Ezra Jack Keats Award winner for Illustrator is:


Seven-year-old Layla keeps a happiness book. Spirited and observant, Layla has been given room to grow, making happiness both thoughtful and intimate. What she discovers is that happiness can be found in simple things… her dad talking about growing-up in South Carolina; her mom reading poetry; her best friend Juan, the community garden, and so much more. This is a story of flourishing within family and community.


Corrin said, ” As a first-time illustrator for children’s books, I doubted myself. Winning this award serves as affirmation and encouragement. What an honor! I have always looked to Ezra Jack Keats for artistic inspiration, and because he celebrated ideas and feelings through the eyes of a black child.


“Sometimes authors and illustrators don’t use black characters as the protagonists of their stories because they feel identifying with a black child will be too difficult for a “mainstream” audience. I think Keats, and many authors and illustrators since, have proven this isn’t true. That’s what I hope Layla’s Happiness continues to prove. It was important for me to make sure Layla was represented in the best way for young black girls and that all readers could celebrate each moment of happiness that Mariahadessa was expressing through her poem.”

To be eligible for the 2020 Ezra Jack Keats Award, the author and/or illustrator cannot have more than three children’s picture books published prior to the one under consideration.

The Ezra Jack Keats Foundation fosters children’s love of reading and creative expression by supporting arts and literacy programs in public schools and libraries through the EJK Bookmaking Competition and Mini-Grant program; cultivates new writers and illustrators of exceptional picture books that reflect the experience of childhood in our diverse culture through the Ezra Jack Keats Award, which will celebrate its milestone 35th Year in 2021; and protects and promotes the work of Keats. Ezra Jack Keats is considered one of America’s greatest children’s book authors and illustrators, whose book The Snowy Day broke the color barrier in children’s publishing. To learn more about the Ezra Jack Keats Foundation, visit www.ezra-jack-keats.org.

The de Grummond Children’s Literature Collection at The University of Southern Mississippi is one of North America’s leading research centers in the field of children’s literature. The Collection holds the original manuscripts and illustrations of more than 1,400 authors and illustrators, as well as 180,000+ mostly American and British published books dating back to 1530. Since 1985, the de Grummond Collection has been the home of the Ezra Jack Keats Archive, which includes manuscripts, typescripts, sketches, dummies, illustrations and proofs for Ezra Jack Keats’ books. For more about the de Grummond, visit www.degrummond.org.