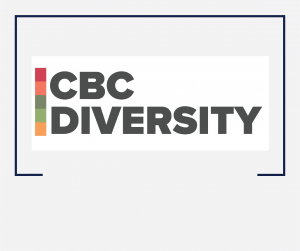 New York, NY – September 26, 2019 – The CBC Diversity Committee is proud to announce the winners of the 2nd Annual CBC Diversity Outstanding Achievement Awards. These awards are given annually to professionals or organizations in the children’s publishing industry who have made a significant impact on the publishing and marketing of diverse books, diversity in hiring and mentoring, and efforts that create greater awareness with the public about the importance of diverse voices.

Named one of the 25 Most Influential Black Women in business and one of the 25 Most Influential People in Our Children’s Lives, Andrea Davis Pinkney is Vice President and Executive Editor at Scholastic. She is also the award-winning New York Times bestselling children’s book author. Andrea has been a strong advocate for diverse voices, a mentor to many publishing professionals, and a partner to the librarian community throughout her career. Andrea’s sustained passion for supporting and celebrating marginalized stories is an inspiration to many, and her efforts have helped pave the path for a new generation of creators and publishing professionals.

Namrata Tripathi is the founder, VP & Publisher of Kokila, an imprint of Penguin Young Readers dedicated to centering stories from the margins. In addition to publishing critically acclaimed and bestselling books by diverse creators, including the 2019 Newbery honoree The Night Diary by Veera Hiranandani, she has mentored fellow publishing professionals from marginalized groups throughout her career. Through her commitment to championing marginalized creators and colleagues, Namrata has made a lasting change to the industry.

Formed by Paula Chase and Varian Johnson in a collaboration with author Kelly Starling Lyons and award-winning illustrator, Don Tate, The Brown Bookshelf is a collaborative of ten Black children’s book authors and illustrators whose mission is to highlight the many Black voices writing for young readers. The organization has helped raise awareness amongst parents, teachers, librarians, and booksellers about children’s books written and illustrated by Black children’s book creators through their 28 Days Later campaign, an annual, month-long showcase of the best works in the field. Members include Crystal Allen, Tracey Baptiste, Tameka Fryer Brown, Jerry Craft, Gwendolyn Hooks, and Olugbemisola Rhuday-Perkovich.

Cheryl Willis Hudson and Wade Hudson are the founders of Just Us Books, one of the nation’s few Black-owned publishers. For more than 30 years they’ve published children’s books that celebrate the diversity of Black history, heritage, and experiences including the AFRO-BETS picture book series, Kid Caramel and NEATE series for middle grades, The Secret Olivia Told Me (Coretta Scott King Honor selection) and I’m A Big Sister Now (Benjamin Franklin Award selection). Staunch advocates for diversity in publishing, Wade and Cheryl are considered trailblazers in the cause of equity and inclusion in the industry. A Kirkus review called their recent anthology We Rise, We Resist, We Raise Our Voices, published in collaboration with Penguin Random House, “a love song from children’s literature’s brightest stars to America’s Indigenous children and children of color, encouraging them to be brave and kind.” The Hudsons are known for supporting and mentoring authors and illustrators of color, and they have cemented their place in the publishing world as leading-edge creators of diverse titles

Shifa Kapadwala, the CBC Diversity Committee’s moderator, said: “The committee had the great joy and responsibility of reviewing nominations from across the children’s publishing community. In making their selections, the committee has summarized the accomplishments of these inspiring people and organizations.”

About the Children’s Book Council (CBC)The Children’s Book Council is the nonprofit trade association for children’s book publishers in North America. The CBC creates reading lists, supports book award programs, and brings together dozens of prominent national organizations who advocate for reading by children and teens. CBC’s signature charitable arm is Every Child a Reader, home of Children’s Book Week, the National Ambassador for Young People’s Literature, and Get Caught Reading.