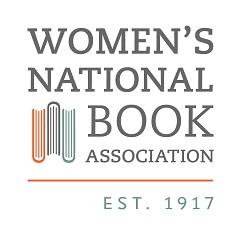 Upon hearing the good news, Jeff Deutsch, director at 57th Street Books, responded, “We are so proud to serve young readers on the south side of Chicago and are humbled and grateful to receive this recognition on behalf of all booksellers working in under-served communities.” Jurors were impressed with the bookstore’s exceptional passion and creativity and described it a gift to its community.

Valerie Lewis and Monica Holmes, co-owners of Hicklebee’s Bookstore, said, “Thank you very much! This is such an honor. We are celebrating our 40th anniversary this month, and for this to happen at the same time is fantastic. Our wonderful staff will be excited and inspired to do even more.” Jurors praised Hicklebee’s Bookstore, calling it the gold standard for children’s bookselling and an extraordinary place that outdoes itself every year.

This year, dozens of bookstores spread across a record-breaking 23 states received enthusiastic nominations from loyal customers, authors, bookstore employees, and publishing professionals. A five-member jury selected the 2019 WNBA Pannell Award recipients. The winning bookstores will each receive a check for $1,000 and a piece of original art from a children’s book illustrator, to be presented at BookExpo America’s Children’s Book and Author Breakfast on Friday, May 31st, 2019.

The WNBA Pannell Award jurors for 2019 are:

Since 1983, the Women’s National Book Association (WNBA) has awarded one of the most prestigious honors in children’s bookselling. Along with WNBA, Penguin Young Readers Group co-sponsors the award, which was established in honor of Lucille Micheels Pannell, founding member of one of the WNBA chapters.

Established in 1917, WNBA (www.wnba-books.org) is a national organization of women and men who promote the value of the written word by championing the role of women in the book community and by providing a forum for the exchange of ideas and information about book lovers and professionals.