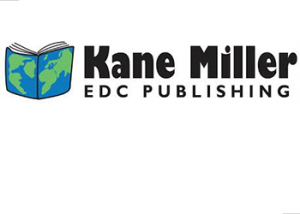 Kane Miller, a Division of EDC Publishing, has announced the launch of their new Spanish language line with the release of twenty-three titles in Spanish. The books, which include board books and both fiction and nonfiction picture books, have all been previously published by Kane Miller in English.

Kira Lynn, Publisher, remarked, “We’ve long recognized the need for books in Spanish, for reasons as unique and diverse as the children who’ll be reading them.” She goes on to say, “We’ve selected titles to appeal to a variety of ages, interests and reading levels, and included several of our bestselling favorites, from Shine-a-Light The Human Body to I Say Ooh You Say Aah, to Jonathan James and the Whatif Monster, to Busy Trucks On the Go … and lots more.”

The new Spanish list will be available to begin shipping in March 2019, to independent bookstores and other retail outlets through EDC Publishing, and to the company’s 30,000+ independent sales consultants through its direct sales division, Usborne Books & More. Individual consumers are encouraged to look for the new Spanish titles at a local bookstore or through an independent consultant, but may order directly from the company at usbornebooksandmore.com. Any order combines with all books offered by the company including all Kane Miller and all Usborne Books titles.

Since 1983, Kane Miller Books has specialized in publishing children’s books from other countries. Kane Miller Books bring the children of the world closer to each other through sharing stories and ideas, while exploring cultural differences and similarities. In December 2008, Kane Miller Books was acquired by Educational Development Corporation, a publicly traded company on the NASDAQ stock exchange.

For more information about these titles and others by Kane Miller Books, please visit www.kanemiller.com or contact Lynn Kelley at lynn@kanemiller.com