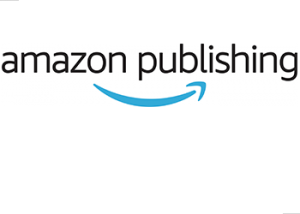 SEATTLE—(BUSINESS WIRE)—Jan. 25, 2019—(NASDAQ:AMZN)—Amazon Publishing today announced the launch of Amazon Crossing Kids, a new imprint for children’s picture books in translation. Building on the work of Amazon Crossing, the largest publisher of translated fiction in the United States, and Amazon Publishing’s Two Lions imprint, a leading children’s book publisher, Amazon Crossing Kids aims to increase the diversity of children’s picture books in translation and encourage young reading from a range of cultural perspectives.

Amazon Crossing Kids launches with three picture books and is seeking picture book submissions from all regions of the world. The first titles on the list are:

“We’re delighted to blend the missions of Amazon Crossing and Two Lions by introducing terrific books from around the globe to readers who are beginning to develop their worldview,” says Mikyla Bruder, Publisher of Amazon Publishing. “Whether a title has a universal theme with regionally-influenced artistry or focuses on an aspect of local culture, our list will encompass a broad range of perspectives, styles, and characters that celebrate what makes us unique as well as what we have in common.”

Award-winning translators, Laura Watkinson and Daniel Hahn, will translate the first titles from Amazon Crossing Kids. Laura Watkinson has translated from Dutch, Italian, and German and is the winner of the Vondel Prize for her Dutch-to-English translation of The Letter for the King as well as a 3-time winner of the Mildred L. Batchelder Award. Daniel Hahn has translated works from Portuguese, Spanish, and French and is the recipient of the Independent Foreign Fiction Prize for his translation of The Book of Chameleons and was shortlisted for the 2016 Man Booker Prize for his translation of A General Theory of Oblivion, which won the International Dublin Literary Award.

“Publishing and translating children’s books from around the world is an important way to provide young readers with writing, illustration, and storytelling of the most extraordinary range and quality,” says Daniel Hahn, translator of the forthcoming Amazon Crossing Kids picture book Along the Tapajós. “Any new attempt to broaden our literary horizons, by making it easier for a greater variety of books to find a greater pool of readers, is to be welcomed enthusiastically!”

Amazon Publishing is a leading publisher of trade fiction, nonfiction, and children’s books with a mission to empower outstanding storytellers and connect them with readers worldwide. The Amazon Publishing teams based in Seattle, New York, Grand Haven, Luxembourg, London, Paris, Madrid, Milan and Munich contribute to discovering and publishing emerging, bestselling and critically-acclaimed authors in digital, print and audio formats.