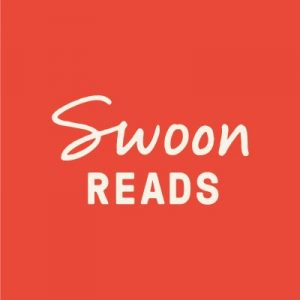 Swoon Reads, an imprint of Macmillan Publishers, has signed a two-year exclusive overall development and production deal with A+E Studios, it was announced today by Jean Feiwel, Senior Vice President and Publisher of Swoon Reads, and Barry Jossen, Head of A+E Studios. Described by Mashable as “the X-Factor of book publishing,” Swoon Reads is a crowd-sourced young-adult imprint that uses the power of its online community of readers to help select the next bestseller.

This partnership underscores the mission of both companies to cultivate innovative ways to bring properties to life across multiple platforms. With full access to the vast Swoon Reads library of populist titles, A+E Studios will develop and produce YA novels for television and film.

“All of us at Macmillan have believed in the Swoon Reads model as a way of discovering new voices,” said Feiwel. “We are a community of writers and readers engaged in a common goal: looking for an opportunity to be read, to be critiqued and published. And now, with A+E Studios— possibly seen!”

“A+E Studios has fast distinguished itself from competitors as an independent studio that fosters creativity, collaboration, and innovation,” said Jossen. “Joining forces with Swoon Reads is a strong statement of the entrepreneurial spirit of our companies. Our mutual mission to source the best creative talent and deliver exceptional content that will resonate with the coveted YA audience will be realized by this partnership.”

Launched in 2013 by publishing legend Jean Feiwel, the creator of the Babysitter’s Club and Goosebumps series, Swoon Reads enables writers to get a book deal while foregoing the traditional model. Writers post their manuscripts to swoonreads.com, and the reader community not only helps select the books to be published but also has a voice throughout the publishing process— including voting on title, cover design, and marketing ideas.

Since its inception, Swoon Reads has published over 80 books, and its titles have been translated into over 15 languages and sold in over 40 countries. With press coverage from The New York Times, Fast Company, NPR, CNN, and The Washington Post, Swoon Reads is revolutionizing the world of traditional publishing.

The deal was brokered by Kristin Dulaney, Executive Director of Subsidiary Rights for Macmillan, and Joshua Radis, Esq.for A+E Studios. Macmillan was repped by APA in the deal.

About A+E Studios A+E Studios is the award-winning studio unit of the global media company A+E Networks, LLC. A+E Studios is an industry-leader in the creation, production and distribution of high quality scripted entertainment content across cable, network and streaming platforms.  A+E Studios serves as the primary scripted programming provider for the A+E Networks portfolio. A+E Studios’ slate of programming consists of scripted series, event series and movies. A+E Studios-produced titles include the Peabody Award-winning “UnREAL,” “Project Blue Book” for HISTORY® from Robert Zemeckis, the Emmy-nominated event miniseries “ROOTS,” the action drama “SIX,” the hit series “Knightfall” and “YOU” from Greg Berlanti. Upcoming series slated for release next from A+E Studios include the Jenji Kohan-produced series “American Princess” for Lifetime® and the animated drama series “The Liberator” for Netflix.