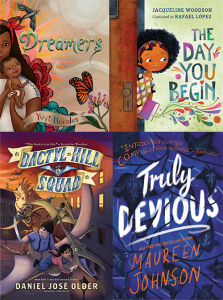 The Publishers Weekly 2018 best children’s and YA books were announced today. Here are the books included on each of their three lists:

Read more about all of these titles at Publishers Weekly here.