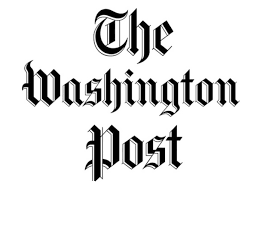 The National Book Festival on Saturday was the largest in the event’s 18-year history, according to estimates from several Library of Congress officials.

The festival, sponsored by the Library of Congress since 2001, drew at least 200,000 readers to the Walter E. Washington Convention Center in downtown D.C. They listened to talks and interviews with more than 100 authors, including Amy Tan, Doris Kearns Goodwin, Dave Eggers, Meg Wolitzer and Roxane Gay.

Packed rooms were the order of the day for almost all the presentations.

Marie Arana, the literary director of the National Book Festival, said, “Authors new to the festival were agog at the sizes of their audiences — positively gobsmacked. We probably made heads grow in the process, but we love making authors feel like rock stars. We’re going to have to learn how to manage larger crowds, that’s for certain. We are outgrowing many of the halls!”

So many people wanted to hear U.S. Supreme Court Justice Sonia Sotomayor that the vast hall quickly filled to capacity, and 3,000 people had to be turned away. Inside the main stage ballroom, Librarian of Congress Carla Hayden interviewed Sotomayor, who launched her new children’s book, “Turning Pages: My Life Story.” During the Q&A part of her presentation, Sotomayor left the stage and walked into the audience — many of them children. “The strength of our country is in our teachers,” the justice said.

Continue reading this article on The Washington Post here.