CBC Lines Up YA Books-to-Movie Story in Entertainment Weekly! 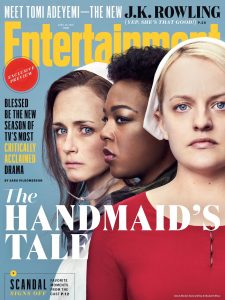 Audra Boltion has been working with us on a story in Entertainment Weekly for a while now, and it has all come to fruition in the April 20, 2018 issue! Read the article below.

The Kids Are All Right

After John Green’s The Fault in Our Stars skyrocketed to success as a movie in 2014, two media industries transformed: Hollywood and children’s publishing.

“It was this huge light bulb going off for everybody,” says Lauri Hornik, chair of the Children’s Book Council. Raking in more than $300 million globally, Fault introduced movie studios to the power of YA and the immense cultural interest in the lives and minds of teenagers. A slew of similarly popular youth-skewing tearjerkers like Me and Earl and The Dying Girl made it to the screen soon after. What was the appeal? “There’s a craving for honesty, self-reflection, and quirkiness—for characters who are comfortable expressing their individuality,” says Hornik.

This year, two groundbreaking projects were from the children’s publishing space: Love, Simon, the first major studio film to center on a queer teen romance, and A Wrinkle in Time, the first $100 million-plus movie directed by a woman of color, Ava DuVernay. Add others such as the gender-bending Every Day and the upcoming The Hate U Give, and the wave of YA adaptations has become a driving force in Hollywood’s inclusivity initiatives.

YA books’ expansion of representational boundaries has coincided with Hollywood’s craving for the next YA smash—as well as its own sneaking need to push diversity. Macmillan Children’s Publishing Group president Jon Yaged points to his March release Children of Blood and Bone by debut author Tomi Adeyemi as evidence. (Adeyemi describes her tale as “Black Panther with magic.”)

In a rare occurrence, Fox 2000 bought the rights long before the book came out. Yaged says that in his nearly 20 years of working in publishing, he’s never seen anything like it. And Hornik says film studios are “absolutely” on the hunt for books to adapt with diverse, nonwhite characters, asking publishers up front for their best candidates. They’re drawn to YA because even though the material is for young readers, the more radical content remains accessible.

The profound impact books leave on children may best explain how YA is leading the way. “We as editors, designers, [and] marketers are very aware of the power of our books in shaping minds,” Hornik says. “And the realization that we were pretty much only offering books to a particular group of people was devastating.” Donna Bray, co-publisher of Balzer + Bray, which published Simon vs. the Homo Sapiens Agenda (on which Love, Simon was based), adds that the industry has collectively realized the need for improvement.

“There’s real feeling of wanting to get it right,” she says. That the effort coincides with Hollywood’s bottom line feels like kismet.