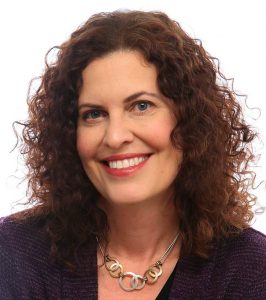 What first inspired you to write a contemporary novel with a historical mystery at its core?

One day, as I listened to NPR on my drive home, I heard an interview with a Holocaust survivor. It dawned on me that in my lifetime, our world would lose every last person who had survived this genocide. Then I began to wonder how such a loss might affect students’ understanding about the subject matter. I knew from my own experience that when witnesses came to schools to share their stories, they often had an impactful connection with students. How could mere textbooks replace that experience? Another unfortunate reality is that the typical history class covers an expanse of time too broad to do any single event justice. Any one chapter in a textbook falls far short from what we need to teach our students. But then I had an “aha” moment: I realized that by writing Stolen Secrets, I was doing my part to involve readers in an experience that will deepen their understanding and empathy of a different time while also being an entertaining read with thrilling plot twists.

How and why did you write about Alzheimer’s?

Alzheimer’s, as a plot device, worked in STOLEN SECRETS, because it allowed me to play with the concept that lifelong guilt could spill over and become public when the barriers of memory could no longer separate truth from lies. Random and painful memories torture my protagonist’s grandmother, while also heightening the mystery. The disease not only made this character an unreliable narrator, it also led the protagonist in directions that could be valid clues or red herrings. You have to read the book to uncover the difference!

How did you meld historical fact and fiction?

I did a great deal of thinking to figure out how to weave fictional events into the true experiences of a famous Holocaust survivor. The way I ultimately achieved this was to research everything about Anne’s Frank’s concentration camp experience so that readers would know the truth, while having the fictional elements be raised through the protagonist’s theories about what might have happened to her grandmother. I believe that most readers can tell what’s true and what’s not, but I also included an Author’s Note that defined it further. Just this week, a reader wrote that my book inspired her to buy The Diary of Anne Frank, which honestly, was the best feeling ever!

L.B. Schulman writes young adult novels. Her second, STOLEN SECRETS, was released on 9/19/17 with Boyds Mills Press. Aimed at teens, but with crossover appeal, this contemporary novel has a historical mystery at its core. STOLEN SECRETS was recently named a Notable selection in the 2018 Sydney Taylor Awards. Ms. Schulman’s debut title is LEAGUE OF STRAYS (2012/Abrams). She also provides editorial services to children’s writers, with a special emphasis on plotting and revision goals. You can visit her online at LBSchulman.com