StoryCorps Releases a New Short, “The Temple of Knowledge” 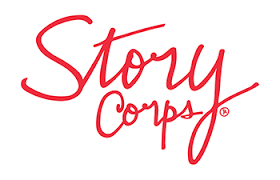 StoryCorps released it’s new short, “The Temple of Knowledge” today. StoryCorps’ mission is to preserve and share humanity’s stories in order to build connections between people and create a more just and compassionate world. Their new short is Ronald Clark’s story of growing up in a branch of the New York Public Library.

Watch “The Temple of Knowledge” below.

Background on “The Temple of Knowledge” and its storytellers:

“My father was the keeper of the temple of knowledge.” For avid readers, or even the avidly curious, spending a night in a library would be a dream come true. Growing up, Ronald Clark spent every night in one. That’s because his father worked as custodian of a Washington Heights branch of the New York Public Library.

In those days, many custodians lived with their families there on library property, in exchange for keeping it clean and maintained, and secure at night. That gave a young Ronald first-hand access to two things: The pride his father took in polishing the library to a gleam, and to the books themselves, right at his fingertips. The tradition of caretakers living on library properties dates to the 1940s; in all, three generations of the Clark family lived in their branch, until Ronald’s father retired in the 1970s.

Ronald came to StoryCorps with his daughter, Jamilah, to remember how his father’s work and the family’s lifestyle shaped the scholarly man he would become. Their exchange is brought to life in the latest StoryCorps animated short, “The Temple of Knowledge.”