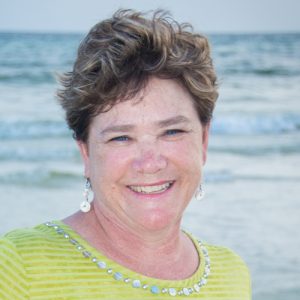 Were there any problems writing THE NANTUCKET SEA MONSTER: A Fake News Story?

About six or sever years ago, I heard about the puppeteer, Tony Sarg, who designed the Macy’s Thanksgiving Day balloons, visualizing them as upside down marionettes. I was especially interested in reports of a prank he pulled.

In 1937, Sarg floated a sea monster balloon off the shore of Nantucket Island as a publicity stunt. What struck me was this: the newspapermen were in on the joke! They knew it was fake news, and yet, they ran the story. See historical photos on the Nantucket Historical Society’s Flickr page.

In July, 2010, my husband and I went to Nantucket Island to research the story. We bicycled past cranberry bogs, dug into the historical archives, and ate too much seafood. While there, though, the museum staff told me that another author had been researching Tony Sarg. When I returned home, I contacted Melissa Sweet, and sure enough, she had a contract for her story.

Obviously, my story was dead in the water with that kind of competition.

However, here’s the thing. I would never have written Balloons Over Broadway. I wasn’t interested in a biography of Sarg. My interest was in the publicity stunt. Period. I only wanted to cover that part of Sarg’s story because the issue of a free press is so important to our way of life. To me, the story of the Nantucket Sea Monster hoax was a perfect, non-political, way to discuss free press issues with kids.

Of course, the political campaign of 2016 brought Fake News (with capital letters!) to the forefront of national discussion. I realized that there had been enough time since Sweet’s book, and this story was different enough, that my story could finally become a reality.

What I learned is to hang on to my passions for a story and to recognize when the story has become timely enough to find a wide audience.

Are there any “Easter eggs” in The Nantucket Sea Monster?

Early in my career, I was introduced at a school visit: “Meet Darcy Pattison, children’s book author.”

The first question asked: “Was it fun to write THE BRIDGE TO TERABITHIA?”

Um, well. That wasn’t me. That’s Katherine Paterson. My name is Darcy Pattison.

Because of the similarity of names, though, I’ve always appreciated Paterson’s career. Especially important to me were her books that collected her speeches, Gates of Excellence, A Sense of Wonder, and A Spying Heart. Her deep thoughts about children’s literature influenced me profoundly.

The last image in THE NANTUCKET SEA MONSTER shows Tony Sarg with a sea monster puppet. It’s labeled, “The Master Puppeteer,” which was appropriate for the book, but is also my small homage to Katherine Paterson, who inspired so many writers.

You write both picture books and novels. Why such a range of work?

Several years ago, I looked at my career and decided something radical: I wanted to be like Arnold Schwarzenegger. Really.

If you look at Arnold’s career, you’ll see that he alternated genres for his films. There was Terminator, followed by Kindergarten Cop.

I wondered what my “Kindergarten Cop” could be. I love writing novels of troubled families (Longing for Normal or Saucy and Bubba), or more recently science fiction novels. The Blue Planets World series (2017), a science fiction trilogy (Sleepers, Sirens, and Pilgrims), starts with this premise:

“You only live on land; allow us to live in the seas.”

But like Arnold, I wanted something to alternate with my novels. Nonfiction picture books have found a spot in my heart as my “Kindergarten Cop” genre!

I love writing about nature/animals, and the NSTA has recognized a couple books as Outstanding Science Trade Books: 2015 Abayomi, the Brazilian Puma, and 2017 Nefertiti, the Spidernaut. Coming next year is another animal biography, Rosie, the Ribeter: The Celebrated Jumping Frog of Calaveras County.

Writing both novels and picture books makes for a fun writing schedule, and it allows me to write more books without flooding a certain area of the market.

She’s the 2007 recipient of the Arkansas Governor’s Arts Award for Individual Artist for her work in children’s literature. Darcy Pattison teaches each year at the Highlights Foundation and speaks frequently for schools, conferences, and professional development workshops.

The Nantucket Sea Monster: A Fake News Story, illustrated by Peter Willis, is a December selection for the Junior Library Guild.