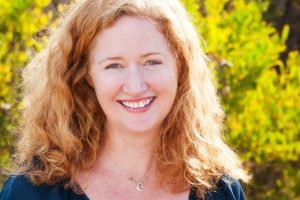 Why do you write (predominantly) for boys?

As a female author, I’m often asked why I use my initials as my pen name (A.L. Tait, not Allison Tait) and I usually give a light answer: “It fits better on the cover.”

Of course, what interviewers are really asking me is whether I think that boys won’t read my books if they’re written by a woman – but they never ask me why, as a woman, I write middle-grade books with male protagonists.

There are two levels of answers to that question. The first is that I have two sons, now aged 13 and 10, and when I began writing The Mapmaker Chronicles series a few years ago, I had them firmly in mind as my ideal readers.

In fact, it’s worth pointing out that without them, I probably wouldn’t be a children’s author. I was well-established as a freelance writer and was very busy writing contemporary women’s fiction.

But two conversations with my oldest son, then 9, kicked off an idea that I simply couldn’t ignore: How did they map the world? What if you were a boy who really didn’t want to go?

As a writer then, I understand that the best way to bring boys into contact with fantastic girl characters is to put those characters into books that boys will read.

So I write for boys but the female characters in my stories are strong, fearless females. In The Mapmaker Chronicles, Ash is the only girl aboard the Libertas but she is a leader, a conscience, a problem-solver and, our hero Quinn acknowledges regularly, essential to his survival and success. Ash has her own battles to fight and she does so with courage, determination and aplomb.

In my new series, The Ateban Cipher (out now in Australia), we meet four incredible girls, all of whom are integral in the unfolding journey of Gabe, the protagonist, as he races to uncover the secrets of an ancient book written in code.

None of my female characters are helpmates. They’re not there for decoration. They bring their own strengths and weaknesses, different senses of humour, and, of course, friendship.

So while they might be lost in an epic, exciting adventure involving pirates and sea monsters, kidnapping and battles, the boys (and girls) who read The Mapmaker Chronicles are learning that true heroes understand that they’re not always the smartest person in the room – and understand that we are better together.

Your books are classed as fantasy/adventure – but without magic. Why?

I think of my books as more adventure than fantasy. Yes, there is the lurking presence of a sea monster throughout – but, then, anything can be a monster when you don’t know what it is, and Quinn is in new territories every minute during the race to map the world.

As for magic, well, I guess it comes down to me writing what I like to read. Magic only works for me in stories when everyone has magic – as in, Harry Potter. Otherwise, it feels too convenient.

I like stories where characters must rely on their own smarts, skills and instincts to solve problems. For me, it grounds the story in reality, even as the adventure takes flight.

I like my readers to be able to identify with a character’s dilemmas, even though the world of The Mapmaker Chronicles is not their own world.

So while there may be no spells or cauldrons in The Mapmaker Chronicles, the magic for me is watching as Quinn grows into himself and his abilities as he takes on unimaginable challenges.

And in hoping that readers are thinking ‘I could do that’.

You only need to read my books to know I love a reluctant hero. In The Mapmaker Chronicles series, Quinn, our hero, is the most unlikely of boys to find himself on a grand adventure – and yet there he is! Quinn has very good reasons for stepping outside his comfort zone, and he surprises himself as he discovers along the way that maybe, just maybe, he is a hero after all.

That’s the thing about a reluctant hero: it’s easy for a reader to put themselves in the character’s shoes. Would I want to get on a ship and sail off into the unknown, facing almost certain death? Probably not.

But, through the eyes of a reluctant hero, the reader can experience danger, adventure, friendship, excitement and discovery. They can recognize certain traits within the reluctant hero as being, perhaps, similar to their own. And they can begin to see that the greatest unknown that any of us can face is… ourselves.

About A.L.Tait
A. L. Tait, who writes fiction and nonfiction for adults under another name, grew up dreaming of world domination. Unfortunately, at the time there were only alphabet sisters B. L. and C. A. and long-suffering brother M. D. M. to practice on . . . and parents who didn’t look kindly upon sword fights, plank walking or thumbscrews. But dreams don’t die and The Mapmaker Chronicles, the author’s first series of books for children, is the result. A. L. Tait lives in country NSW, Australia, with a family, a garden and four goldfish.