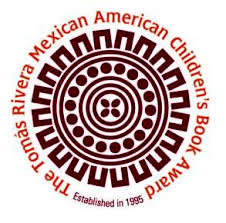 Campoy, Howell, López and Stork will be honored during a series of events November 1-4 at Texas State University and at the Texas Book Festival in Austin.

The authors will give a presentation 9:30 a.m.-1:30 p.m. November 1 in the LBJ Student Center Ballroom. They will sign autographs, and books will be available for purchase. The presentations will be live streamed via riverabookaward.org.

Campoy, Howell and Stork will also attend the Texas Book Festival November 4 in Austin. They will participate in the Rivera Book Award panel at 11:15 a.m. in the Ahora Si Tent. For more information, visit www.texasbookfestival.org.

The award, established at Texas State University in 1995, is designed to encourage authors, illustrators and publishers to produce books that authentically reflect the lives of Mexican American children and young adults in the United States.

The Tomás Rivera Award at Texas State celebrates authors and illustrators dedicated to depicting the values and culture of Mexican Americans. Rivera, who died in 1984, graduated from Texas State with both his bachelor’s and master’s degrees before receiving a Ph.D. from the University of Oklahoma. A Distinguished Alumnus of Texas State, Rivera published his landmark novel in 1971 titled …y no se lo tragó la tierra/ …And the Earth Did Not Part. In 1979, Rivera was appointed chancellor of the University of California-Riverside, the first Hispanic chancellor named to the University of California System.