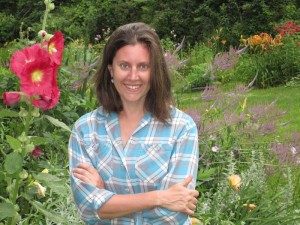 New York, NY – April 26, 2017 – Penguin Young Readers, the Children’s Book Council, and Every Child a Reader are proud to announce that EDWARD GETS MESSY, written by Brooklyn librarian Rita Meade; illustrated by Olga Stern (Simon & Schuster Books for Young Readers) is the winner of the first Anna Dewdney Read Together Award.

This award is to be given annually to a picture book that is both a superb read-aloud and also sparks compassion, empathy, and connection. The award commemorates the life and work of author/illustrator Anna Dewdney and celebrates her commitment to reading with young children and putting books into as many little hands as possible.

Rita Meade is a public librarian who lives and works in Brooklyn, New York. Rita is a contributing editor for BookRiot.com and formerly hosted the Dear Book Nerd podcast, a bi-weekly bookish advice show. Her writing has appeared in American Libraries Magazine, The Huffington Post, The Village Voice, The Atlantic Wire, The Hairpin, and more. Rita also reviews children’s books for School Library Journal, occasionally writes about library-related things on her blog Screwy Decimal, and even less occasionally sings with a librarian band, Lost in the Stacks.

Olga Stern is a passionate illustrator and visual development artist. She loves using her imagination to create new worlds full of colorful environments and characters. When Olga is not drawing, she is off surfing somewhere around the globe. Olga currently lives and works in Vancouver, British Columbia, Canada.

In EDWARD GETS MESSY, a very particular little pig discovers the joys that come with getting messy in this sweet and fun debut picture book. Edward the pig never pets friendly dogs on the street. He never, ever eats food that spills or splatters. And he never, ever, EVER uses markers or glue sticks or paint. They are just too messy. But what happens when a big tub of paint falls on Edward’s perfectly neat little head? Well, it might just turn out that getting messy has its upsides, too.

Meade and Stern will share a prize of $1,000 from the Children’s Book Council, and Penguin will purchase and donate 250 copies of EDWARD GETS MESSY to a school, library, or literacy organization chosen by the award winners. There will be a ceremony to honor EDWARD GETS MESSY at the Brooklyn Public Library’s Bay Ridge Branch on May 4th at 10:30am.

Anna Dewdney was the New York Times bestselling author and illustrator of Llama Llama Red Pajama. Other award-winning books in the Llama Llama series include Llama Lama and the Bully Goat, Llama Lama Time to Share, Llama Llama Misses Mama, Llama Llama Holiday Drama, and Llama Llama Mad at Mama. She was also the author/illustrator of Nobunny’s Perfect, Roly Poly Pangolin, and Grumpy Gloria. Anna worked as a rural mail carrier and taught at a boys’ boarding school for many years before becoming a full-time author and illustrator. Anna was a committed advocate of literacy, speaking regularly on this topic and publishing articles in the Wall Street Journal and other national outlets.

Every Child a Reader is a 501(c)(3) literacy charity dedicated to inspiring a lifelong love of reading in children and teens across America. Every Child a Reader’s popular national programs include Children’s Book Week (May 1-7, 2017), the longest-running literacy initiative in the country; the Children’s & Teen Choice Book Awards, the only book awards chosen by children and teens; and the National Ambassador for Young People’s Literature program in partnership with the Library of Congress. Individual and corporate donations, grants, and the CBC support Every Child a Reader.

Every Child a Reader works in partnership with the Children’s Book Council, the nonprofit trade association for children’s book publishers in North America. The CBC offers children’s publishers, from smaller independent presses to large international houses, the opportunity to work together on issues of importance to the industry at large, including educational programming, diversity in employment and books, literacy advocacy, and partnerships with other national organizations.