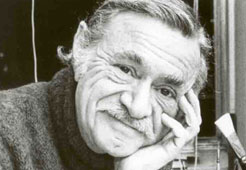 NEW YORK—February 2, 2017—The Ezra Jack Keats Foundation, which fosters children’s love of reading and creative expression in our diverse culture, calls for proposals for its Mini-Grant program, now in its 30th year.

The EJK Foundation has been accepting proposals since September 2016, but there is still time for qualifying educators to apply—the deadline for submissions is March 31, 2017.

Approximately 60 grants of up to $500 each will be awarded to teachers and librarians at public schools and libraries across the country. Decisions will be emailed to all applicants in May, allowing educators time to plan for the next academic year.

“Many teachers and librarians have wonderful ideas for innovative and inspiring programs—’if only’ there was money in the budget to implement them,” says Deborah Pope, Executive Director of the Ezra Jack Keats Foundation. “For 30 years, the EJK Foundation has helped educators realize their programmatic ideas, the kinds of ideas that make a difference in students’ lives. And this year, the application process is a breeze. We look forward to turning ‘if only’ into ‘the kids learned so much and had a great time!’ ”

Educators at Lewiston Middle School in Lewiston, ME, implemented an outstanding Ezra Jack Keats Mini-Grant program for students, many from the city’s Somali, Eritrean and Kenyan community, to create a picture book that would reflect their own experiences. Inspired by the books of Keats, 25 students, including those pictured, worked in teams to create their 20-page, self-published *A Place for You: A Book About Our City.* They welcomed the chance to draw their community in a positive light and to show how it feels like home.

Founded by the late Caldecott award-winning children’s book author and illustrator Ezra Jack Keats, the Ezra Jack Keats Foundation fosters children’s love of reading and creative expression by supporting arts and literacy programs in public schools and libraries; cultivating new writers and illustrators of exceptional picture books that reflect the experience of childhood in our diverse culture; and protecting and promoting the work of Keats, whose book The Snowy Day broke the color barrier in children’s publishing. To learn more about the Ezra Jack Keats Foundation, visit www.ezra-jack-keats.org.  Keats. Imagination. Diversity.

Grants Awarded Directly to Educators at Public Schools and Libraries across the United States.