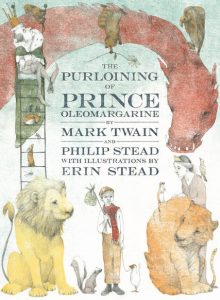 The manuscript was discovered by scholar John Bird at the Twain archives at the University of California, Berkeley. Bird and other scholars believe it may be the only written remnant of a children’s fairy tale from Twain. The 152-page illustrated story features talking animals, fantasy creatures, a kidnapped prince, and an appearance of Twain himself, who argues with author Philip Stead about the story’s direction.

We both just tried to approach the text respectfully and with as much reverence as possible. No one’s qualified to write for Mark Twain. (NY Times)