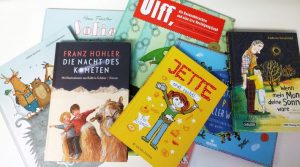 The 2016 winner is Matthew Anderson. This year’s runner-up is Rebecca Heier. The winners were announced at a panel and networking event in New York City on December 1.

We bemoan the lack of works in translation in the market overall, which is of course legitimate, but let’s work on educating the new generation of readers to become more open-minded to international literature. (Publishing Perspectives)