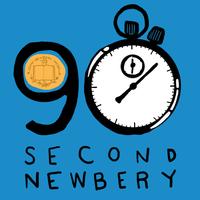 The film festival was founded by children’s author James Kennedy (The Order of Odd-Fish) and screens every year to packed houses at libraries and theaters in Chicago, New York, San Francisco, Boston, Portland, Minneapolis, San Antonio, and other cities.

Ever since 1922, the American Library Association’s Newbery Medal has been recognized as the most prestigious award in children’s literature. Standout honorees include Madeleine L’Engle’s A Wrinkle in Time, Louis Sachar’s Holes, and Katherine Paterson’s Bridge to Terabithia. But according to Kennedy, “it turns out that any book, no matter how worthy and somber, becomes hilarious when it’s compressed to only 90 seconds.”

The goal, says Kennedy, is not for kids to create mere book trailers or video book reports. The challenge is to compress the entire plot of the book in under two minutes, often with a transformative twist. Past entries include Beverly Cleary’s Ramona and Her Father done in the style of a James Bond movie and E. B. White’s Charlotte’s Web reimagined as a horror movie. Kids use many other styles as well, including claymation, puppet shows, musicals, silent films, and Minecraft. Filmmakers may adapt any Medal– or Honor–winning book. Participants should be under 21, but help from enthusiastic adults is allowed.

More details may be found at www.90secondnewbery.com. The website features many of the videos received throughout the last five years, as well as further resources for teachers and filmmakers. To receive more information, or to schedule an interview with James Kennedy, call James Kennedy at 773-351-7452 or email him at kennedyjames@gmail.com.

Updates to this schedule will be posted at http://90secondnewbery.com/events