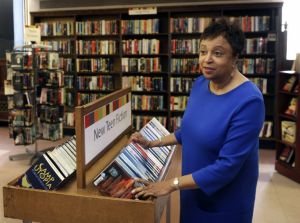 Hayden was most recently the chief executive of Baltimore’s Enoch Pratt Free Library, where she oversaw the library’s expansion. Under her direction, the library remained open as a safe space for the community during the tumultuous period following Freddie Gray’s death.

I will be honored to build on the legacy and accomplishments of my predecessors in this position, to be part of a continuing movement to open the treasure chest that is the Library of Congress even further, and to make it a place that can be found and used by everyone. (The Washington Post)