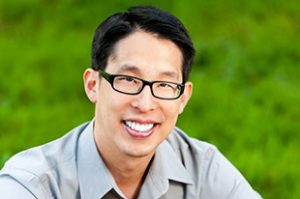 In his latest post, Yang shares his approach to thumbnails, small sketches of each page in a graphic novel. Yang prefers to place his sketches and script side-by-side on the page (as seen below), though every artist has a unique method.

Thumbnail sketches are an absolutely vital part of the comics-making process.  Some would even argue that they are *the* most vital part.  In many ways, the battle is won or lost here, so don’t be afraid to revise of your thumbnails over and over, until you get them just right. (Panels)