J.K. Rowling to Attend Special Screening of Fantastic Beasts and Where to Find Them, to be Held in New York, to Benefit Lumos Foundation USA 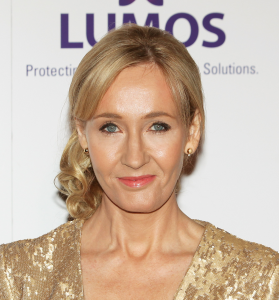 Starting today at 11:00am ET, tickets to this family event (age recommendation 10 years+) range from $25-$500 and will be available at the Carnegie Hall Box Office at 57th St. and Seventh Avenue in New York City, CarnegieCharge 212-247-7800, and online athttp://www.carnegiehall.org/

This exclusive event to benefit Lumos Foundation USA, in partnership with Warner Bros. Pictures and publisher Scholastic Inc., will follow the film’s worldwide premiere, being held earlier that week in New York, and is prior to the UK premiere in London the following week. The film will open worldwide on November 18th, 2016 and on November 19th Scholastic will publish the screenplay of the film Fantastic Beasts and Where to Find Them by J. K. Rowling in the United States and Canada.

The benefit screening at Carnegie Hall will be introduced by director David Yates together with members of the cast. All proceeds will go directly toward the work of Lumos to help the eight million children in orphanages around the world get back to family life.

Ticket revenues will support the WeAreLumosWorldwide campaign in the United States, UK and across the globe. The campaign will launch in September and help raise awareness and funds to end the harmful and unnecessary practice of placing children in orphanages.

“Decades of research and evidence show us that all aspects of a child’s development suffer when they are raised in orphanages and institutions. These places can never replace what a child needs, which is love, care and attention from a dedicated parent or caregiver” said Georgette Mulheir, CEO of Lumos. “Because most children in orphanages are not orphans, they can go home if we can put the right support in place for their families.”

“We are profoundly grateful to J.K. Rowling, Warner Bros. and Scholastic for making this exciting film screening possible. Not only is it an opportunity to be among the first to see the film, but it will help Lumos do the vital work needed to help the millions of vulnerable and voiceless children in orphanages get back to their families and family-life, which is their right and it is where they belong.”

“Warner Bros. is proud to support the important work done by Lumos” said Kevin Tsujihara, Chairman and CEO, Warner Bros. “Jo has inspired millions with her amazing storytelling, and now Lumos is doing the same through their work on behalf of children everywhere. They are truly changing the world, one child at a time.”

“J.K. Rowling’s brilliant Harry Potter series has inspired and encouraged millions of children around the world. Now Jo and the Lumos Foundation are improving the lives of millions more children by helping return them to family life, and Scholastic is proud to support this important work,” said Dick Robinson, Chairman, President and CEO, Scholastic.

Thanks to the generosity of Warner Bros., Scholastic and Lumos’ 100% Pledge, every cent donated and raised by the event will go directly to Lumos’ Families Not Orphanages Fund. The Fund will help children in the countries where Lumos works to leave orphanages and return to a family life. No portion of any donations will go to administration, fundraising or overhead costs of the organization.

Visitors to the wearelumos.org/worldwide website are invited to sign up now to the WeAreLumosWorldwide campaign, which will launch in September. Those registering now will receive early notification of further exciting announcements.

Over the past decade, Lumos has helped thousands of children – from infants to older children – return to family life in Central and Eastern Europe and more recently in Haiti. Now, in its second decade, Lumos is expanding its work in Latin America and the Caribbean, and other regions around the world with the aim to end institutionalization of children globally by 2050.

About Lumos
Named after the light-giving spell in the Harry Potter books, Lumos is an international non-governmental, non-profit organisation founded by J.K. Rowling to help countries reform their services for disadvantaged children, moving from systems based on residential institutions and orphanages to services that help families stay together in the community. Approximately 80% of the estimated eight million children living in “orphanages” or other out-of-family settings have at least one living relative. Lumos’ mission is to end the use of orphanages and institutions for vulnerable children around the world by 2050, and draws on decades of scientific evidence showing that institutions have a negative impact on children’s physical, emotional and intellectual development. After a decade working with governments in Central and Eastern Europe, Lumos recently started work in Latin America and the Caribbean, focusing on Haiti – where more than 30,000 children, 80% of whom have families, now live in orphanages. To date, Lumos has:

To find out more about Lumos visit https://wearelumos.org/

Because J.K. Rowling and others generously cover the running costs for Lumos, 100% of all money donated goes directly to support Lumos’ programs in the countries where they work, helping children out of orphanages and back to a family life.

The film opens in 1926 as Newt Scamander, played by Academy Award winner Eddie Redmayne, has just completed a global excursion to find and document an extraordinary array of magical creatures. Arriving in New York for a brief stopover, he might have come and gone without incident…were it not for a No-Maj (American for Muggle) named Jacob, a misplaced magical briefcase, and the escape of some of Newt’s fantastic beasts, which could spell trouble for both the wizarding and No-Maj worlds.

About J.K. Rowling
J.K. Rowling is the author of the bestselling Harry Potter series of seven books, published between 1997 and 2007, which have sold over 450 million copies worldwide, are distributed in more than 200 territories and translated into 79 languages, and have been turned into eight blockbuster films.

She has written three companion volumes in aid of charity: Quidditch Through the Ages andFantastic Beasts and Where to Find Them in aid of Comic Relief; and The Tales of Beedle the Bard in aid of her children’s charity Lumos.

Her first novel for adult readers, The Casual Vacancy, was published in September 2012 and adapted for TV by the BBC in 2015. Her crime novels, written under the pseudonym Robert Galbraith, were published in 2013 (The Cuckoo’s Calling), 2014 (The Silkworm) and 2015 (Career of Evil), and are to be adapted for a major new television series for BBC One, produced by Brontë Film and Television.

J.K. Rowling’s 2008 Harvard commencement speech was published in 2015 as an illustrated book, Very Good Lives: The Fringe Benefits of Failure and the Importance of Imagination, and sold in aid of her charity Lumos and university–wide financial aid at Harvard.

In addition to writing the screenplay of Fantastic Beasts and Where to Find Them, J.K. Rowling has collaborated on the stage play Harry Potter and the Cursed Child Parts One and Two, an original new story by J.K. Rowling, Jack Thorne, and John Tiffany, a new play by Jack Thorne. The play opens in London’s West End on 30th July 2016.