Home > Blog > ALA and The Harry Potter… 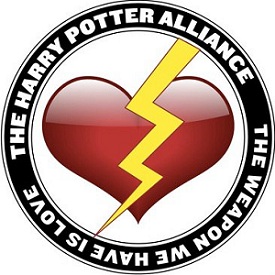 WASHINGTON, D.C. — The American Library Association (ALA) joined the Harry Potter Alliance in launching “Spark,” an eight-part video series developed to support and guide first-time advocates who are interested in advocating at the federal level for issues that matter to them. The series, targeted to viewers aged 13–22, will be hosted on the YouTube page of the Harry Potter Alliance, while librarians and educators are encouraged to use the videos to engage young people or first time advocates. The video series was launched today during the 42nd annual National Library Legislative Day in Washington, D.C.

The video series provides supporting information for inexperienced grassroots advocates, covering everything from setting up in-person legislator meetings to the process of constructing a campaign. By breaking down oft-intimidating “inside the Beltway” language, Spark provides an accessible set of tools that can activate and motivate young advocates for the rest of their lives. The video series also includes information on writing press releases, staging social media campaigns, using library resources for research or holding events, and best practices for contacting elected officials.

“We are pleased to launch Spark, a series of interactive advocacy videos. We hope that young or new advocates will be inspired to start their own campaigns, and that librarians and educators will be able to use the series to engage young people and get them involved in advocacy efforts.” said Emily Sheketoff, executive director of the American Library Association’s Washington Office.

Janae Phillips, Chapters Director for the Harry Potter Alliance, added, “I’ve worked with youth for a many years now, and I’ve never met a young person who just really didn’t want to get involved – they just weren’t sure how! I think this is true for adults who have never been involved in civic engagement before, too. I hope that Spark will be a resource to people who have heard a lot about getting engaged in the political process but have never been sure where to start, and hopefully—dare I say—sparksome new ideas and action.