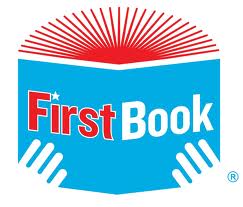 First Book is pleased to announce Arkansas, Massachusetts, and Nebraska as the top three winning states in the “Magic of Storytelling” state vote. A total of 135,000 books will be awarded to classrooms and programs serving children in need in the states.

The “Magic of Storytelling” campaign, which began on January 4, 2016 and ended on March 31, 2016, invited the public to cast online votes for the state where they wished books to be awarded. More than 700,000 votes were cast, representing all 50 states and the District of Columbia. The three most-voted states won books for children in need in their state: first place Arkansas will receive 100,000 books; second place Massachusetts will receive 25,000 books distributed; and third place Nebraska will receive 10,000 books. Additionally, numerous ABC-affiliate stations in cities across the country will donate 1,000 or more books to schools and organizations in their local communities.

The 2016 “Magic of Storytelling” campaign was the fourth annual collaboration between First Book, Disney Publishing Worldwide and Disney|ABC Television Group, significantly furthering Disney’s work to put new books into the hands of children in vulnerable communities across the country.

First Book is a nonprofit social enterprise that has distributed more than 140 million books and educational resources to programs and schools serving children from low-income families throughout the United States and Canada. By making new, high-quality books and educational resources available on an ongoing basis to its network of educators and program leaders, First Book is transforming the lives of children in need and elevating the quality of education. For more information, please visit firstbook.org or follow the latest news on Facebook or Twitter.