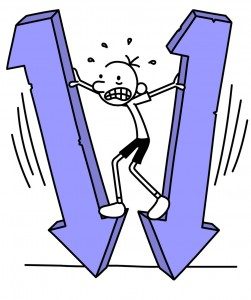 NEW YORK, NY — At least twenty international publishers will once again simultaneously publish and release Diary of a Wimpy Kid: Book 11 in the phenomenally successful children’s book series. An all-new original story by bestselling author Jeff Kinney, the book will go on sale in the United States and around the world on November 1, 2016. As the most anticipated book of the year everywhere, tens of millions of fans eagerly await this newest volume. There are now more than 165 million copies of the books in the Diary of a Wimpy Kid series in print globally.

Diary of a Wimpy Kid: Book 11, originating from ABRAMS’s Amulet imprint, will go on sale for publishing houses in the United States, the United Kingdom, Canada, Germany, Australia, Turkey, Greece, Japan, Brazil, Spain, Catalonia, Romania, Portugal, Hungary, Sweden, Latvia, Norway, and Taiwan, which joined forces for the first time for the simultaneous release of book 10. Israel and Korea have joined as new partners for the release of book 11. More on-sale publishing partners are expected to be announced soon.“In 2015 I had the chance to meet Wimpy Kid readers from all over the world. The tour was incredibly energizing, and I feel excited to keep writing for this generation of kids and for generations to come,” says Jeff Kinney. “I feel extremely lucky to be in a position where my work can reach millions of kids, and I see the eleventh book as a new beginning for Greg Heffley and Diary of a Wimpy Kid.”

This new book follows the enormous international acclaim of book 10, Diary of a Wimpy Kid: Old School, which debuted at the top of bestseller lists around the world and has remained a number one bestseller since it was published on November 3, 2015. Diary of a Wimpy Kid: Old School was one of the top-ranked titles—children’s or adult—of the year, and continues to dominate sales charts in 2016.

“No children’s book series has turned so many readers on to books as Diary of a Wimpy Kid has,” says Michael Jacobs, President and CEO of ABRAMS. “And no series has turned as many kids into readers as these books have. Once again we at ABRAMS and our publishing partners are thrilled to be able to bring Jeff’s new book to as many kids and as many readers as possible around the world at once.”
Kinney will continue his global tour throughout 2016 to build excitement for book 11. His international travels for book 10, Diary of a Wimpy Kid: Old School, brought laughter and literacy around the world as Kinney began an unprecedented worldwide tour to meet and greet international readers. Working closely with publishers on five continents, Kinney was featured in major media outlets, met thousands of fans at sold-out events, and experienced local cultures.

The third annual Wimpy Kid Month, which was established in 2014, begins April 1, 2016, and is a celebration of reading, writing, and all things Greg Heffley. Beginning with April Fools’ Day and ending with the reveal of the cover of the latest book in the series, people everywhere will celebrate Wimpy Kid’s ability to get kids hooked on reading through events, social media, and much more. On April 28, the cover will be revealed to a live audience of Wimpy Kid fans in New York and through a webcast that will be presented live worldwide. It will then be available on www.wimpykid.com/virtuallylive.

In April 2016, the first-ever theatrical adaptation of Diary of a Wimpy Kid, in production with the prestigious Minneapolis Children’s Theatre Company, will debut. Three movies based on the book series have grossed more than $250 million. Jeff Kinney has won five Nickelodeon Kids Choice Awards and two Children’s Choice Book Awards. Books in the series have won numerous awards that were voted on by students and teachers around the globe. Wimpy Wonderland Island on poptropica.com, a virtual world for kids, remains one of the most visited pages on the popular website.

Kinney’s work has been widely praised for its ability to turn reluctant readers on to books. Published in 2007, the first Diary of a Wimpy Kid book was an instant bestseller, and just a year later, more than 100,000 copies were in print in the United States alone. The Diary of a Wimpy Kid series is a fixture on the USA Today, Wall Street Journal, Publishers Weekly, and IndieBound bestseller lists. It has remained on the New York Times bestseller list since the publication of the first book and through the release of book 10 for more than 466 weeks total, and for more than 362 on the series list. Wimpy Kid has been sold in more than 54 editions in 49 languages and appears on bestseller lists around the world. There are now more than 165 million books in the series in print around the globe.