Statement From Scholastic On Claim of Self-Censorship By Advocacy Groups 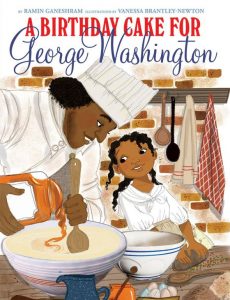 New York, NY – PEN and the National Coalition Against Censorship (NCAC) issued a statement on Friday, January 22, 2016, questioning Scholastic for withdrawing the book, A Birthday Cake for George Washington, stating that the decision to cease distribution of the book in response to the controversy is “a shocking and unprecedented case of self-censorship.”

PEN and the NCAC apparently did not correctly read Scholastic’s statement that we had withdrawn the book, not because of criticism, but because it did not meet the standards which support our publishing mission.

While we certainly read the unfavorable reviews and other critical comments, Scholastic’s chief executive officer, Richard Robinson, determined that the book should be withdrawn because the book did not meet Scholastic’s standards for appropriate presentation of complex subject matter in a picture book directed to young children. As we said in our statement, “we believe that, without more historical background on the evils of slavery than this book for younger children can provide, the book may give a false impression of the reality of the lives of enslaved people and therefore should be withdrawn.”

Although, as explained in the author’s and illustrator’s end notes to the book, it was the goal of the talented author, illustrator and editor to provide a story for children about the proud accomplishments of individuals despite their status as enslaved people, the story’s portrayal of smiling children and of George Washington’s enslaved cook did not meet that goal, because the story could not adequately explain the facts that would have also helped children understand the underlying conditions of slavery. Instead, the story about solving a problem to bake a birthday cake for the President, coupled with the happy and proud faces of the cook and the children when they succeed, would likely lead young readers to believe that slavery was not the evil institution we know it to have been.

In their statement, PEN and NCAC say that they offer no opinions as to the merits of the book, but only that the book should not have been withdrawn. Scholastic, on the other hand, knowing that generations of parents, children, teachers and schools have relied on us to provide responsible and accurate information for children, decided that this picture book did not appropriately convey the evils of slavery. We acted, not in response to criticism, but entirely and purposefully because this title did not meet our publishing standards for young children in support of our 95-year mission to provide children, at each age level, the appropriate context for them to understand what they were reading. We do not accept the assertion of PEN and NCAC that we should leave a book in circulation which falls short of this mission and could adversely affect children’s understanding of the evils of slavery.

Scholastic owes an apology to the author, illustrator, and editor for not having taken action before the book was published; however, we believe we are correct in withdrawing from circulation a book which, despite earnest efforts, does not adequately present this complex subject matter to the intended age group.

Scholastic publishes millions of pages of content each year for use in school and at home, and we do not shy away from controversial topics, including slavery. In fact, in the midst of the controversy over A Birthday Cake for George Washington, the Huffington Post published a list of “13 Honest Books About Slavery Young People Should Actually Read,” and six of the 13 titles were published by Scholastic, including the Coretta Scott King award-winning and Newbery Honor Book, Elijah of Buxton by Christopher Paul Curtis and Caldecott Honor Book, Henry’s Freedom Box by Ellen Levine, illustrated by Kadir Nelson.

Scholastic is also responsible for publishing some of the most frequently banned books for children, as we see every time “Banned Books Week” is celebrated by the American Library Association. Dav Pilkey’s “Captain Underpants” series, J.K. Rowling’s “Harry Potter” series and Suzanne Collins’s “The Hunger Games” trilogy, have all been widely criticized but we have not backed down in the face of these criticisms.

We also publish books for children that feature single parent families, grandparents as parents, mixed race families, people of all faiths, gay and lesbian characters, same-sex parents and young people dealing with gender identity, among countless other topics, and are often criticized for these selections by various groups and individuals. However, these books have helped millions of young people discover the joy and power of reading and engage in important conversations about their “controversial” content.

In addition to engaging children with great stories, all of us at Scholastic have an important responsibility to ensure that our history—both the good and the bad–is portrayed accurately in a way children can understand, as we prepare the next generation of young people who are being raised on our books, classroom magazines and curriculum programs widely used in schools and homes.

Our customers, the media, special interest organizations and even our employees may not always agree with our decisions, but we will not shy away from publishing important stories, both fiction and non-fiction, which provide the appropriate context for children to learn about and understand their world and themselves. This is the critical role that great books can and must play in the lives of children.