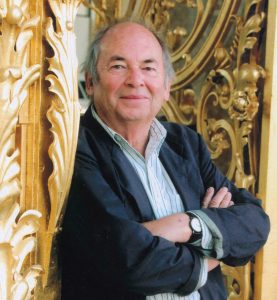 New York, NY – In September 2016, Frederick Warne & Co., Beatrix Potter’s original publisher and an imprint of Penguin Young Readers, will publish a brand-new tale by one of the world’s best-loved children’s authors, Beatrix Potter. The book will be published concurrently in both the U.S. and the U.K. by Penguin Random House.

THE TALE OF KITTY-IN-BOOTS, a manuscript by Beatrix Potter, was rediscovered two years ago when Jo Hanks, publisher at PRH Children’s in the U.K., stumbled across an out-of-print literary history about Beatrix Potter from the early 1970s. Hanks found in the book both a reference to a letter that Potter had sent her publisher in 1914, which referred to a story about “a well-behaved prime black Kitty cat, who leads rather a double life”, and an unedited manuscript of the tale.

A trip to the V&A archive, where many of Potter’s items are kept, revealed three manuscripts, handwritten in children’s school notebooks, one rough colour sketch of Kitty-in-Boots, a dummy book with some of the typeset manuscript laid out and a pencil rough of arch-villain Mr. Tod.

Other letters in the archive revealed that Potter intended to finish the tale, but ‘interruptions began’ – and continued: from the beginning of the First World War, to marriage, to sheep farming, to colds. And so she never went back to the story.

Jo Hanks said, ‘The tale really is the best of Beatrix Potter. It has double identities, colourful villains and a number of favourite characters from other tales (including Mr. Tod, Mrs. Tiggy-Winkle, Ribby and Tabitha Twitchit). And, most excitingly, our treasured, mischievous Peter Rabbit makes an appearance – albeit older, slower and portlier!’

Francesco Sedita, President and Publisher, Grosset & Dunlap, PSS!, and Frederick Warne & Co. U.S. said, “So many of us have grown up with the stories of Beatrix Potter and to now have a never-before-seen one–after all these years–is beyond exciting. And this book is pure Beatrix–an unforgettable adventure with characters old and new. This truly is an incredible moment in the Beatrix Potter legacy.”

A unique book like this needed not only a special moment to be revealed but also a special illustrator. Penguin Random House approached Quentin Blake, and he was thrilled to take on the project.

Hanks continued, ‘As soon as we began the conversation about finding an illustrator, we knew it had to be Quentin Blake. It’s a challenging brief to illustrate a manuscript written over a hundred years ago by one of the world’s most beloved authors, but we knew that Quentin’s energy, rebelliousness and humour were in keeping with Beatrix’s own artistic sensibilities and therefore exactly what this fantastic book called out for. We couldn’t be happier that Quentin agreed to come on board, and we feel that combining these two world-class talents is something truly unique and at last the marvellous and wonderful THE TALE OF KITTY-IN-BOOTS can be enjoyed by readers everywhere.’

Quentin Blake said, “It seemed almost incredible when, early in 2015, I was sent the manuscript of a story by Beatrix Potter; one which had lain unpublished for a hundred years and which, with the exception of a single drawing, she had never illustrated. I liked the story immediately – it’s full of incident and mischief and character –and I was fascinated to think that I was being asked to draw pictures for it. I have a strange feeling that it might have been waiting for me.”

Penguin Young Readers will publish THE TALE OF KITTY-IN-BOOTS in hardcover September 6, 2016, 150 years after Potter’s birth and just over a century after she penned the tale about the mischievous kitten.

Beatrix Potter is one of the world’s best-loved children’s authors, with her most famous creation The Tale of Peter Rabbit having sold in excess of 45 million copies globally since its initial publication by Frederick Warne & Co. in 1902. She personally oversaw the launch of subsequent products, making Peter Rabbit the oldest licensed character in history. Today over 2 million of her ‘little books’ are sold globally every year, and Peter Rabbit has appeared in books and products in more than 110 countries throughout the world

150 years after her birth, we celebrate an incredible woman, an artist, storyteller, botanist, environmentalist, farmer and businesswoman. Beatrix Potter was a visionary and a trailblazer. Single-mindedly determined and ambitious, she overcame professional rejection, academic humiliation and personal heartbreak, going on to earn her fortune and a formidable reputation. On her death, she left an incredible legacy of land and property to the care of the National Trust to ensure that future generations would continue to enjoy the countryside that she was so passionate about, as well as the much-loved characters and stories that were created over a lifetime.

NB: Penguin Ventures (part of the Penguin Random House group) together with licensing agency Silvergate Media manages Frederick Warne’s licensing programme based on the works of Beatrix Potter, and most notably Peter Rabbit. It remains one of the world’s longest-running and largest international literature-based licensing programmes, and Warne is committed to growing and protecting the Peter Rabbit™ brand.

Quentin Blake is one of Britain’s most successful illustrators. He has illustrated nearly three hundred books and he was Roald Dahl’s favourite illustrator. He has won many awards, including the Whitbread Award and the Kate Greenaway Medal, and taught for over twenty years at the Royal College of Art. In 1999 he became the first ever Children’s Laureate and in 2013 he was knighted for services to illustration.