Jon Klassen Has Created the We Found a Hat Picture Book 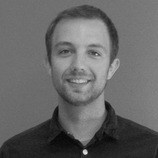 “At 56 rather than 40 pages, We Found a Hat is the longest book in Klassen’s trilogy, which came about quite organically, he said: ‘I always set out to make the shortest book I can, since I don’t want anything superfluous in it.’ But Klassen discovered that the relationship between the story’s two turtles didn’t allow for brevity. ‘This was a bit trickier, and I needed a couple of extra beats to establish what I wanted to establish,’ he explained. ‘The turtles have something of a friendship from the onset, and that’s much more difficult to establish than two strangers who dislike each other, which is more the case in the earlier books. We Found a Hat depends on readers believing the characters have a relationship at stake, and I didn’t want to tell the audience the turtles are friends – I wanted to show them. Creating a believable relationship takes longer to do. And the slower pace and the idea of taking my time with story seemed well suited to turtles!'” (Publishers Weekly)