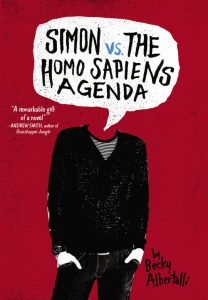 Tell us about the most recent diverse book you represented.

My most recent sale, which has not yet been publicly announced, is a young adult novel that fearlessly confronts the national and cultural issues concerning the “Black Lives Matter” movement. I can report that this project sold in a highly aggressive auction, which would indicate that publishers are very interested in this kind of narrative. I’m looking forward to sharing more news about this fantastic book in early 2016!

How do you go about finding diverse authors and illustrators?

I have found social media, particularly Twitter, to be very useful as a platform for letting writers know the kinds of themes and stories I’m looking to represent. Several of my now-clients first approached me because they saw me talking about issues and concepts I was hoping to find in my submissions. Also, the sales of past books with diversity elements have helped position me as an agent with a strong interest in this area.

How do you encourage emerging writers of color?

I have learned a lot these last couple years about being a good ally, listening, and helping to promote the voices of writers — and readers — of color. (That’s not to say I believe I have all the answers; I’m definitely still learning.) I think, for an ally, it’s important to make room for writers of color to have the floor, to bring others’ attention to them but then quickly remove yourself from the spotlight.

What is one of the biggest challenges for authors who want to include more diversity in their books?

I think one issue is finding the right balance between theme or message, and story. I have seen a lot of submissions where the authors have made efforts to include more diversity, but at the cost of plot or character arc. My opinion (and I’ll stress this is just my opinion, not fact) is that most people who read for pleasure, particularly children and young adults, are not looking for a lesson or teaching moment — they are looking for a story or character to engage with. Finding the right balance, so important themes are present but not overpowering the other narrative elements, is very difficult.

Many sales teams will argue that titles representing diversity don’t sell. Can you provide an example of a successful book — with diverse characters or plot lines — in the children’s book marketplace at the moment?

I can point to my client Becky Albertalli’s young adult novel Simon Vs. the Homo Sapiens Agenda, which incorporates an LGBT romance plot line as well as an ethnically diverse cast of characters. This debut novel has received nearly universal acclaim, both critically (four starred reviews, long-listed for the National Book Award, a 2016 Morris Award contender) and commercially (over 180 reviews on Amazon and an energetic online and in-person fan base), and even a film deal (Fox 2000 has acquired the film rights, with the producing team behind the Fault In Our Stars film adaptation attached). I’m thrilled to report that the love for this book doesn’t appear to be dying down, nearly a year after its initial publication!

Why do you think children’s television shows like “Dora the Explorer” or “Diego” are more successful at [promoting] diversity than the children’s publishing industry?

I can’t speak too much to this point, as I’m not actively watching children’s television programming. I can say that shows like “Dora the Explorer” appear to follow the same format as groundbreaking shows like “Sesame Street,” in that they present content for a diverse audience, making learning and cross-cultural experience both active and fun.

Perhaps that is one area that children’s book publishing can focus on — emphasizing learning about diversity in an engaging, dynamic, and/or entertaining manner, rather than making it feel like a homework assignment.

If publishing houses are reluctant to acquire diversity-inclusive projects for fear of lower sales, how can agents help in finding sales opportunities and interested markets?

In all honesty, I’m not finding publishing houses hesitant to acquire diversity-inclusive projects. I think, particularly in the last year, the publishing industry as a whole has admitted that it has a diversity problem and is taking steps to address this.

As far as hastening the process along, though, I find that simply presenting myself as an agent interested in diversity-inclusive and diversity-oriented projects has opened up a lot of doors for both me and my clients. Book clubs, activists, community outreach organizations, and authors have all reached out in the last couple years, presenting new opportunities to my clients, and new potential clients to me. I think advertising that you want to be an ally and part of a constructive movement helps establish connections that might not otherwise be apparent. Community outreach is key, whether it’s local or through a wider network via social media, tours, or Skype visits.

Brooks Sherman is a literary agent with the Bent Agency. Before starting his career in publishing, Brooks spent several years working in the entertainment industry (in both New York and Hollywood), and two years with the Peace Corps in West Africa. He is a hands-on, editorial agent who delights in developing projects with his clients before bringing them to the attention of publishers. Brooks seeks projects that balance strong voice with gripping plot lines. You can find him sharing publishing news and horrible puns on Twitter: @byobrooks.