Scholastic News Names The ‘8 Coolest Kids We Met in 2015’ 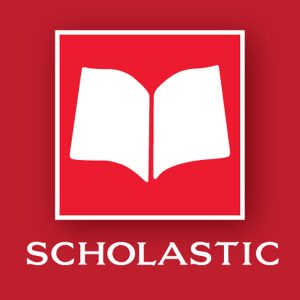 “We are fortunate to meet so many talented and inspiring young people each year. Our editors enjoy bringing these stories to classrooms across the country because they know that students love to read about their peers who are doing incredible things,” said Elliott Rebhun, Editor-in-Chief, Scholastic Classroom Magazines. “As we look toward 2016, we hope that these ‘cool kids’ will encourage others to create, inspire, and stand up for the things they believe in.”

The Documentarian – Gerron Moss, 14, Milwaukee, WI
Gerron Moss has witnessed violence in his gang-afflicted neighborhood, and his own house has been robbed three times, but he refuses to give in to the disorder around him. Gerron found a safe haven in his local Boys & Girls Club, where he helped make a documentary that gives teens an opportunity to speak out against inner-city violence. Can You Hear Us Now? premiered at a local theater and since then, Gerron and his fellow filmmakers have seen the impact of its hopeful message: lots of new faces at the Boys & Girls Club, all of whom have accepted that gangs and guns are not the only option.

The Super Duo – Rayanie Castillo, 8, Milford, MA
Rayanie Castillo was born with Williams Syndrome, a genetic condition that makes her susceptible to a number of medical conditions, including serious cardiovascular problems. Rayanie has a service dog named Chief who helps her stay calm through frequent doctor appointments and can even assist her with everyday tasks, like turning on the lights or going to get her parents for her. In turn, Rayanie loves to take care of Chief and the pair does everything together. Despite her illness, Rayanie attends school each day with a smile on her face knowing that Chief will be there to greet her when she returns home. They are quite the super team!

The Historian – Michaela O’Gara-Pratt, 14, Quincy, MA
Michaela O’Gara-Pratt made a little-known discovery while doing a research project: the salt marsh near her middle school in Quincy, MA was once home to the chief of the Massachusett Native American tribe. With the help of her friends, who became known as the “History Girls,” Michaela gathered records and submitted a request to rename the marsh after the tribe to the U.S. Board on Geographic Names. The request was approved, and the marsh is now known as “Passanageset Park at Broad Meadows Marsh.” Michaela and the History Girls are now working with local teachers to ensure that the Massachusett tribe is included in the local school curriculum so that they aren’t forgotten again.

The Inventor – Steven McDowell, 16, Rohnert Park, CA
Steven McDowell wanted to do something about the drought that has plagued California this year. He knew that all of his neighbors were trying to collect and store water, but he wanted to find a way that would be more efficient and visually appealing than the standard plastic barrels that could only hold a few gallons. Walking around his neighborhood, Steven realized that most of his neighbors had fences, which led to his creation of the WaterFence. The WaterFence is designed to collect runoff rainwater from the roof of the house and is stored inside the fence that surrounds the property. Steven discovered that the fence can hold almost 13,000 gallons of fresh water. After winning a number of science fairs for his invention, Steven is excited to see his innovative product available on the market soon.

The Counselor – Kayla Carmona, 16, Olathe, KS
Kayla Carmona has triumphed over tragedy. When her father and sister were killed in a tornado that Kayla, then 12, barely survived, she channeled her grief into her desire to help others. In 2014, a deadly tornado ripped through Moore, Oklahoma, and Kayla convinced her mother to take her there to volunteer. Within a week, Kayla was counseling survivors, in part by telling her own story. Kayla’s efforts are the picture of resilience. While still coping with her personal loss, she’s found comfort in her commitment to help others do the same.

The Dancer – R.J. Lopez, 8, Salt River Pima–Maricopa Indian Community, AZ
R.J. Lopez is upholding a meaningful and impressive tradition in his community: hoop dancing. R.J.’s family is Pima and Apache Indian, and they began teaching him how to hoop dance when he was just 5 years old. Hundreds of years ago, American Indian tribes used wooden hoops in dances they performed at ceremonies. The tradition has been passed down through generations, and today dancers like R.J. perform the intricate moves, sometimes with 15 hoops linked around their limbs. R.J. now competes in hoop dancing competitions and has won a number of medals in national contests.

The Chef – Sam Davis, 11, Shreveport, LA
Sam Davis was one of 55 kid chefs chosen this year as a “Healthy Lunchtime Challenge” winner, earning him a ticket to a special White House State Dinner hosted in their honor. Sam created a healthy recipe called Sam’s Southern Savoring Salmon Supreme that wowed the contest judges. He met both First Lady Michelle Obama and President Barack Obama during his trip to the White House. Sam loves to cook at home and he wants kids to see that eating healthy doesn’t have to be boring. In addition to his White House win, Sam also served as a Scholastic News Kid Reporter in 2015 covering the 10th anniversary of Hurricane Katrina and interviewing civil rights legend Ruby Bridges. His stories appeared online and in the classroom magazines.

The Entrepreneur – Mikaila Ulmer, 10, Austin, TX
Mikaila Ulmer wanted to learn more about bees after one stung her. She did some research and found out just how important bees are to sustaining many of our favorite foods, but she also found that the number of bees found in the United States has decreased rapidly since 2006. Mikaila decided to find a way that she could help, so she created BeeSweet, a lemonade sweetened with honey instead of sugar. A portion of the sales from BeeSweet goes to organizations that help to keep the bee population thriving.