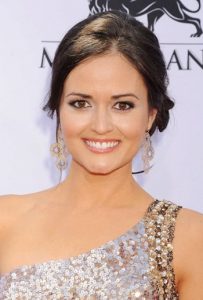 McKellar’s new titles from Crown will bring early math concepts to toddlers through third graders. She will introduce these basic concepts and skills in a fun and memorable way, with two separate series aimed at different age groups. The first will be a story-based picture book series for toddlers that parents can read to their children again and again. The books will show math as a natural part of life, in real-world scenarios and with adorable illustrations. Crown will also publish McKellar’s second series of titles, for second and third graders, which will tackle the math concepts that students at this age struggle with the most, in an entertaining and innovative format.

In addition to her impressive academic credentials, McKellar is also well known for her work as an actor. She played Winnie Cooper on The Wonder Years, had a recurring role on The West Wing, and reached the quarterfinals on Dancing with the Stars in 2014. The New York Times wrote of the actor and author, “McKellar is probably the only person on prime-time television who moonlights as a cyberspace math tutor.”

Says McKellar, “As a homeschooling mom of a five-year-old boy, I’m passionate about making sure kids grow up to embrace math and all it can do for them in their lives. Let’s raise a generation of kids who, from their youngest memories, understand math to be an integral part of their lives—and even a subject they associate with cuddle time and laughter.”

Easton remarks, “Danica has a proven ability to make math concepts not only understandable, but fun and approachable. Her math ‘mission’ dovetails perfectly with Crown’s commitment to publishing innovative books that spark a reader’s curiosity and connection to the world. I look forward to a long partnership!”