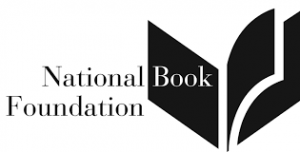 New York, NY (November 10, 2015) – The National Book Foundation has partnered with the 92nd Street Y to present the eighteenth National Book Awards Teen Press Conference, which will take place this year on November 17 beginning at 10:30 a.m. EST. Six hundred New York City middle- and high-school students will play the role of reporters as they direct questions to the five Finalists for the National Book Award in Young People’s Literature on the day before the National Book Award Ceremony. The event will be streamed live online, allowing students from across the country to watch the event.

“I’ve wanted to be a writer since I was seven, but I didn’t grow up in family where people aspired to live as writers,” says Jacqueline Woodson. “I wrote all the time and I had teachers who encouraged it. If someone has something they’re really passionate about, that’s their brilliance, and my big question is how do we grow that passion/brilliance and/or help them grow.”

The press conference will take place at the 92nd Street Y, which will allow six hundred students to participate in this unique event, thereby doubling its previous attendance. Teenagers will receive “reporters’ notebooks,” featuring advice on how to interview an author from the Los Angeles Times’ Carolyn Kellogg and National Public Radio’s Lynn Neary. Students outside of New York City will be able to watch a livestream of the event through the National Book Foundation’s website, www.nationalbook.org or at https://livestream.com/92Y/readaloud.

The Finalists for the 2015 National Book Awards in Young People’s Literature are:

The Thing About Jellyfish by Ali Benjamin,

Twelve-year-old Suzy Swanson wades through her intense grief over the loss of her best friend by investigating the rare jellyfish she is convinced was responsible for her friend’s death.

Eighteen-year-old Finn, an outsider in his quiet Midwestern town, is the only witness to the abduction of town favorite Roza, but his inability to distinguish between faces makes it difficult for him to help with the investigation, and subjects him to even more ridicule and bullying.

Most Dangerous: Daniel Ellsberg and the Secret History of the Vietnam War by Steve Sheinkin

The story of Daniel Ellsberg and his decision to steal and publish secret documents about America’s involvement in the Vietnam War.

Caden Bosch is on a galleon that’s headed for the deepest point on Earth: Challenger Deep. Bosch is a brilliant high school student whose friends are starting to notice his odd behavior. He pretends to join the school track team but spends his days walking for miles, absorbed by the thoughts in his head. He is dealing with schizophrenia…and as fantasy and paranoia begins to take over; his parents have only one choice left.

Nimona is an impulsive young shapeshifter with a knack for villainy. Lord Ballister Blackheart is a villain with a vendetta. As sidekick and supervillain, Nimona and Lord Blackheart are about to wreak some serious havoc. But as small acts of mischief escalate into a vicious battle, Lord Blackheart realizes that Nimona’s powers are as murky and mysterious as her past. And her unpredictable wild side might be more dangerous than he is willing to admit.

To prepare for the press conference, students are each provided with a free copy of one of the five Finalist books three weeks in advance and asked to read and draft questions for the Finalists about the text, the writing life, and/or what it means to be a National Book Award Finalist.  The two goals of the event are to expose students to a broader literary culture and to create excitement about reading the best young people’s literature in America.

Jacqueline Woodson is the 2014 Winner of the National Book Award in Young People’s Literature for her New York Times bestselling memoir, Brown Girl Dreaming, which was also a recipient of the Coretta Scott King Award, a Newbery Honor Award, the NAACP Image Award and the Sibert Honor Award.  Woodson was recently named the Young People’s Poet Laureate by the Poetry Foundation.  She is the author of more than two dozen award-winning books for young adults, middle graders and children; among her many accolades, she is a four-time Newbery Honor winner, a three-time National Book Award finalist, and a two-time Coretta Scott King Award winner. Her books include The Other Side, Each Kindness, the Caldecott Honor Book Coming On Home Soon, the Newbery Honor winners Feathers, Show Way, After Tupac and D Foster, and Miracle’s Boys, which received the Los Angeles Times Book Prize and the Coretta Scott King Award and was adapted into a miniseries directed by Spike Lee. Woodson is also the recipient of the Margaret A. Edwards Award for lifetime achievement for her contributions to young adult literature and the Jane Addams Children’s Book Award, and was the 2013 United States nominee for the Hans Christian Andersen Award. She lives with her family in Brooklyn, New York.

LeVar Burton, multi-award winning actor, director and education advocate, is best known to television audiences around the world for his portrayals of two iconic characters—Kunte Kinte in “Roots” and Geordi LaForge in “Star Trek: The Next Generation”—and for his 23 years as producer and host of the beloved PBS series “Reading Rainbow.” Burton is co-founder of the award-winning Reading Rainbow digital library, which has produced the #1 educational app and has just introduced SKYBRARY, the next generation of innovative children’s educational media on the web. He is co-Executive Producer of the upcoming multi-part remake of “Roots” and has received the Eliot-Pearson Award for Excellence in Children’s Media from Tufts University, the 2014 Los Angeles Times Book Prizes Innovator’s Award, and the 2015 Chicago Tribune Young Adult Literary Award. Burton is also the author of the new children’s book, The Rhino Who Swallowed a Storm.