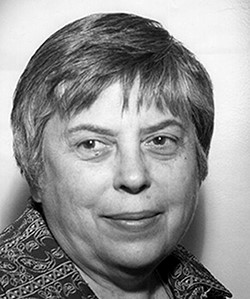 NEW YORK—November 10, 2015—It is with great sadness that the Board of Directors of the Ezra Jack Keats Foundation announced today the death of Lillie Bellin Pope, the Foundation’s Co-Founder, Educational Director and Vice-President. Dr. Pope, 97, died peacefully at her home in Brooklyn, New York on October 26, 2015.

Lillie and her husband of 69 years, Dr. Martin Pope, dedicated the Ezra Jack Keats Foundation to children and children’s literature, subjects close to the heart of their longtime friend, the celebrated author-illustrator Ezra Jack Keats, after his death in 1983. The Popes were an indefatigable team, and under their leadership, the Foundation became a force in supporting public education and diversity in children’s literature. The major programs they established continue to be hallmarks of the Foundation’s work, including the Ezra Jack Keats Book Award, which promotes new authors and illustrators whose picture books, like Keats’s, reflect the diverse experiences of childhood. In 2007, the Popes were acclaimed as Angels at the Carle Honors for their contributions to children’s literature.

“Although we must say goodbye to the Foundation’s rock and visionary,” said Dr. Eileen Bayer, member of the Foundation’s Board of Directors, “we are proud to carry Lillie’s torch for her many contributions to children and education. Lillie dedicated herself relentlessly to finding ways to inspire children to love reading and to inspire educators to mentor them.  As she saw it, reading was the key to freedom, to illuminating the path to a life filled with possibility.”

Dr. Pope grew up in Brooklyn, and graduated from Hunter College at the age of 19. She began a 13-year career teaching high school, during which she held the offices of Vice President of the Vocational High School Teachers Association and Vice President of the Teachers Union. Her campaign for better working conditions for teachers led to reduced class size and teaching loads, and improved equipment.

At age 51, Dr. Pope earned a Ph.D. in Educational Psychology at New York University. She went on to establish the first Learning Clinic in a mental health setting, at Coney Island Hospital. The program recognized that emotional issues and learning difficulties were interrelated, and became a model for many programs across the country.

In serving a disadvantaged community, the clinic employed and trained women from the community as tutors, motivating a number to earn professional  degrees in education. After Dr. Pope retired as Associate Chief of Child Psychiatry, she consulted for educational and mental health agencies, and taught at Brooklyn College and New York University.

Dr. Pope published seven books, as well as numerous papers. Her classic book, reprinted in 2008 as Teach Anyone To Read: The No-Nonsense Guide, provides practical information for literacy professionals at all levels. She rejected dogma and taught to each individual’s needs, a philosophy that has benefited countless teachers and students.

At age 64, instead of retiring, Dr. Pope became Managing Director of The New Theatre of Brooklyn (TNT), a non-profit, Obie Award-winning regional theater, one of the first professional theaters in the now flourishing performing arts community in Brooklyn. For nine years, she made a budget of one-quarter of a million dollars look like ten million for the American and New York premieres of plays by Bertolt Brecht, Emily Mann, Milan Kundera and many others.

“My mother finished every project she began, and she began many,” said Deborah Pope, Executive Director of the Ezra Jack Keats Foundation. “She was an original thinker, smart, tireless, courageous, honest, stalwart, optimistic, realistic, humorous, and above all, loving. We will not see her like again.”

Founded by the late Caldecott-award-winning children’s book author and illustrator Ezra Jack Keats, the Ezra Jack Keats Foundation fosters children’s love of reading and creative expression by supporting arts and literacy programs in public schools and libraries; cultivating new writers and illustrators of exceptional picture books that reflect the experience of childhood in our diverse culture; and protecting and promoting the work of Keats, whose book The Snowy Day broke the color barrier in mainstream children’s publishing. To learn more about the Ezra Jack Keats Foundation, visit www.ezra-jack-keats.org.  Keats. Imagination. Diversity.