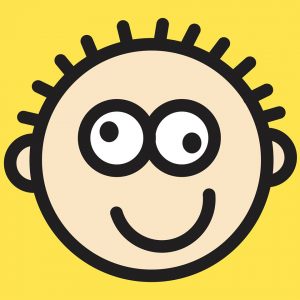 New York, NY – Penguin Young Readers is pleased to announce that it’s most successful app Mad Libs is now available for download on Android devices for the very first time via the Google Play app store. Based on the classic fill-in-the-blank word game, the iOS version of the Mad Libs app has over 7 million downloads to date. Created by comedy writers Leonard Stern and Roger Price in 1958, Mad Libs has become the world’s most popular word game, with over 125 million Mad Libs in print.

The Mad Libs app is more fun and engaging than ever. Gesture-based interactions and dynamic hints make creating stories easy and addictive, and custom illustrations provide a thoroughly modern look and feel. Users can share their stories on social networks to get friends in on the joke, and play along to a soundtrack from the composers behind the music from the hit game Two Dots. And all the while, original Mad Libs mascot Phil N. Deblank is along for the ride, offering hints, encouragement, and a few puns as you play.

Adam Royce, VP of Digital Content Development at Penguin said, “We are beyond excited to be bringing our Mad Libs app to Android for the first time ever. There aren’t many comparable brands or products that combine gameplay, creativity, personalization, education, and most of all, laughter into one user experience. While many products and brands struggle to reach new audiences in the digital space, Mad Libs is over 50 years old and almost feels as if it was originally created as an app. To all our amazing fans who have requested Mad Libs on Android, thank you for your patience and continued support. We look forward to seeing all the hilarious and wacky stories you create!”