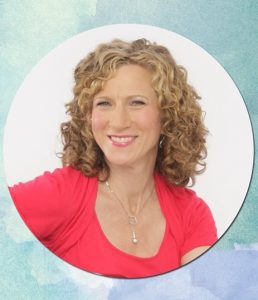 Berkner, whose latest album, Laurie Berkner’s Favorite Classic Kids’ Songs, hits stores this month, was a former preschool music teacher and indie rocker. She started marketing her music more than fifteen years ago from her living room on her own label, Two Tomatoes Records; today, she is widely recognized as a pioneer in the “kindie” music genre and was crowned “the undisputed queen of kindie rock” by USA Today. The Wall Street Journal noted, “Her music is distinctive because it speaks to kids without talking down to them, charming youngsters without boring grown-ups.”

“It is no wonder that Laurie is beloved by children and adored by parents,” says Christian Trimmer, executive editor, Simon & Schuster Books for Young Readers. “Her songs, besides being incredibly catchy, are crafted with the utmost care and respect for her audience. She understands what kids, parents, and educators want and need. On top of that, she’s just really cool. I’m very excited to be making books with her.”

“I could not be more thrilled about my collaboration with Simon & Schuster,” says Laurie Berkner. “I’ve always imagined my songs being made into picture books. Now Ben’s and Camille’s stunning talents will bring them to life in ways I can only dream of! Their talent and Simon & Schuster’s expertise (with the gifted Christian Trimmer at the helm) is the perfect combination to help me create many wonderful books to share with my fans.”

ABOUT THE AUTHOR AND THE ILLUSTRATORS

Laurie Berkner is a singer, songwriter, lyricist, author, and founder of Two Tomatoes Records. She has released nine bestselling, award-winning albums, including Rocketship Run (2008), A Laurie Berkner Christmas (2012), Laurie Berkner Lullabies (2014), and most recently The Ultimate Laurie Berkner Band Collection (2014). Laurie was the first recording artist ever to perform in music videos on Nick Jr. and appeared regularly on the network’s Jack’s Big Music Show. Her latest television project is a short-form animated musical preschool series, Sing It, Laurie!, on 24-hour preschool television channel Sprout. Sing It, Laurie! stars Laurie’s voice and features her original music written for the series. Laurie also makes regular guest appearances on Sprout’s Sunny Side Up Show. Venturing into the world of theater, Laurie has written the music and lyrics for two Off-Broadway children’s musicals, Wanda’s Monster and The Amazing Adventures of Harvey and the Princess, produced by New York City Children’s Theater. Learn more at http://www.laurieberkner.com.

Ben Clanton is an author and illustrator whose books include Something Extraordinary, Rex Wrecks It!, Mo’s Mustache, The Table Sets Itself, and Vote for Me!. He lives with his wife in Seattle, Washington. Visit BenClanton.com.

Camille Garoche, also known as Princesse Camcam and the creator of the celebrated Fox’s Garden, lives in Paris with her partner and daughter. Camille’s 3-D, cut-paper illustrations have been exhibited throughout Europe.