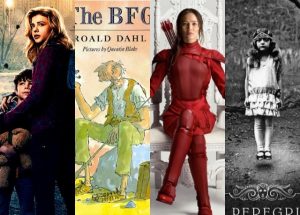 Here’s a look at some of the page-to-screen productions we can look forward to:

Many more YA novels have been optioned for film, too!

The move from page to screen is tricky. What works in a book doesn’t quite get across the same way cinematically. It’s not practical to film every detail in a book, even though as readers and fans we may find all of those details fascinating and important. The cast and crew have to use their own creative talents to interpret the essence of the novel in the most captivating way possible, whether or not it’s completely faithful to the story. (School Library Journal)