The Importance of Role Models and Being Representative 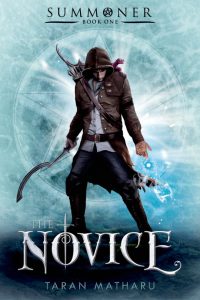 A year and a half ago, my book, The Novice,
went viral on a social reading app called Wattpad, being read over 6.5
million times. I receive dozens of messages from my fans every day. Two
questions are asked the most. The first is not unusual: aspiring writers
requesting I read and comment on their work. But the other might
surprise you. It’s people asking me if I am Indian/Pakistani/Asian.

At
first I thought it was just curiosity about my profile picture, as I am
an unusual mix: half Indian and half Caucasian Brazilian. But there was
one thing that all of the askers had in common — they were all young
Asians.

They will usually go on to talk about how I have inspired
them to write or read more. Others simply empathized with my characters,
sometimes mentioning dark-skinned ones such as Seraph in Summoner: The Novice. It seemed to me that they wanted a role model. I wondered why that was, until I realized something.

As
I understand it, children will often seek role models that they can
empathize with, choosing those that are similar to them. When you ask a
young girl to name her role model, she will invariably select a woman.
Ask a boy and he’ll often choose a man. It follows that this is true of
culture, race, and appearance.

Yet, when you look at publishing,
there are fewer ethnic minority authors that are representative of the
Western world. More often than not, when I go to author events, I find
myself as the only minority in the room. I don’t think this is evidence
of biases or racist tendencies in the industry though.

I believe
the problem is cyclical. A lack of minority authors to inspire budding
writers causes a dearth of them again in the next generation. The
problem is made worse by a similar lack of ethnic minorities in
children’s books. Even if they do appear, the book is often either set
in that character’s country of ethnic origin, or the book is
specifically about race and culture.

In the end, lack of
diversity in publishing sends an unintentional message to children of
minority backgrounds: Reading and writing isn’t for them. Considering
how important reading is to a child’s development, this is a real
problem.

But why does this happen? It may be a simple emulation of
the “greats,” who lived in a far less diverse society. Perhaps authors
choose to write characters that are most similar to themselves. But I
think there is an element of fear when writing a minority character,
which adds to the problem. The writer might ask his or herself:

In
an age of snap judgements, Twitter shaming, and author controversies,
it can be easy to play it safe and avoid creating diverse characters
altogether. I urge authors to be brave. The answers to these questions
are not as hard to find as you might think:

• Read diverse books
with diverse characters. Most authors learned their trade by reading and
studying authors that came before them. This is no different.
•
Ask. If you yourself aren’t from a diverse background, you’ll know
people who are. If in doubt, see what they think is the best way to go.
They won’t have all the answers and opinions will differ, but isn’t that
the case with all writing?
• Trust your editor. He or she can help you get on the right track. Don’t be afraid to seek guidance if you’re unsure.

As
writers, we need to break the cycle. We should celebrate authors who
include diverse characters and not demonize them if they don’t do it
perfectly.

There’s no easy solution. I don’t think that diverse
writers should be given special treatment, or that we should lower the
bar for them. Instead, writers like me should take our responsibility as
role models seriously; the best people to inspire reading and writing
are the authors themselves, be that through mentoring or simple
engagement with fans. And maybe by having this conversation, we can
encourage writers to be more representative of the world we live in,
whatever their genre or background.