Cultural Boundaries and the Role of Experts 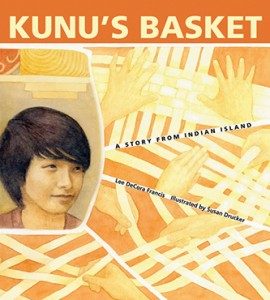 Confucius is credited with saying, “True wisdom is knowing what you don’t know.” As a white editor who values working on books with authors and illustrators from different regions, religions, and cultures, it’s always been important to acknowledge my limitations. One lesson I’ve learned over time is the value of hiring independent cultural consultants to help spot issues in manuscripts. It is an unfair burden on authors or illustrators to presume that any one person can act as spokesperson for an entire religion, tribe, or ethnic group. Too often those of us from majority culture perspectives look for the “single story” or the single perspective. Unfortunately, as others have observed, this can lead to simplistic representations and stereotypes in books that otherwise might have a lot to offer. Having a third-party cultural expert can facilitate conversations that go beyond the specifics of a manuscript and that can be vital to the success of the book.

In 2010, I began editing a picture book with Lee Francis, a member of the Penobscot tribe. Her manuscript was a tribute to a special uncle, a man renowned for his basket-making skills. Lee wanted to honor his work and write a contemporary depiction of life on Indian Island. As Lee and I talked about different illustration and design styles for the story, Jan Brett’s images for The Mitten came up. Lee was enthusiastic about its design and layout. Thinking I had Lee’s approval, I conferred with the illustrator Susan Drucker. Although Susan is not Native, she was very committed to the project and to getting as many of the cultural details of the story right as possible. Susan and I discussed the idea of using the sidebars to show kids how to make a basket. We traveled together to the Penobscot Reservation on Indian Island. With Lee as our guide, we took photos of the houses, the trees, and the workshops. For the next five months, Susan researched native basket-making techniques as part of her quest to make a beautifully detailed book.

On a gray November day, Susan and I returned to Indian Island and met with Lee and Theresa Secord, the Director of the Maine Indian Basket Association. Theresa was the perfect cultural consultant for the book. We gathered in the tribal offices and Lee and Theresa carefully looked through Susan’s dummy of Kunu’s Basket. Susan and I eagerly awaited their reaction. We both hoped to see big smiles as payoff for Susan’s hard work. Theresa began the critique by asking Lee some questions about her uncle, and it quickly became clear that there were problems that needed attention. Theresa explained to us that although the drawings were well executed, and although she was appreciative of the efforts being made for cultural accuracy, the sidebar illustrations needed revision. Theresa’s mission is to preserve cultural integrity – and privacy. She explained that crafts people are vulnerable to imitators, and she worried that unscrupulous people might use Susan’s step-by-step illustrations to “rip off” their Native Culture. Lee was clearly in agreement with Theresa’s perspective. Susan and I were astonished and confused. Our original goal – to produce a culturally authentic story – had been met, but in the end, it appeared, a higher value needed to be followed. The story of Kunu’s basket could remain a story about a basket-making apprenticeship, but the details of how a traditional Penobscot Pack basket was built could not be featured in the sidebars or the end notes.

As an illustrator, Susan was dismayed that her research and art would not be used. However, we both understood that the knowledge of basket-making was not ours to share. It was a twist we never could have anticipated, but the request was one that needed to be honored. Kunu’s Basket was published in 2012, and it was selected as part of the Reading Is Fundamental’s 2012/2013 STEAM Multicultural Collection and the Cooperative Children’s Book Center Choices in 2013.

Audrey Maynard has been Children’s Book Editor at Tilbury House for
14 years. Before working as an editor, she taught young children in Oakland, New York City and in rural Maine.