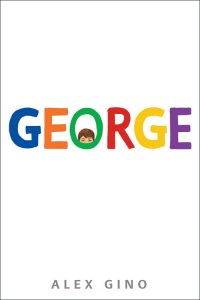 Well, this is good timing, I thought to myself when Caitlyn Jenner (then presenting as Bruce and using the pronoun he) popped up on our TV set this past April following the Diane Sawyer interview.

“Honey,” I said to my four-year-old daughter, who was playing nearby, “you remember Ashley, your babysitter from last summer? Well, Ashley’s going to watch you again this summer. But we’re going to call Ashley he now, because he’s a boy.”

My daughter stared at me blankly, and I didn’t blame her, since the last time we’d seen Ashley we’d called him a she. I took a breath, struggling to find the words to explain gender identity in terms she could grasp. “Sometimes someone knows in their heart that they are a boy, even though people have called them a girl since they were born. And that man on the TV is telling us now that he’s really a girl, because that’s how he feels inside.”

“OK,” she said, and went back to her puzzle.

When we hired Ashley, we loved his ability to connect with our daughter and his obvious passion for childcare and education. But Ashley didn’t make a lot of eye contact with adults, and he seemed a little shy or uncomfortable around us. So when I got in touch with Ashley this past April to inquire about summer sitting, I noticed a difference in the communication immediately, even just through our texting. There were lots of exclamation points, and the overall tone was upbeat and chatty. He explained about transitioning, and we became Facebook friends. His posts were full of energy, joy, and excitement. It felt like Ashley was finally free to be Ashley, and from my adult perspective, it was inspiring. (See Ashley’s story in the New York Times’s Transgender Today project)

But how would my daughter experience the shift? I had a sneaking suspicion it wouldn’t be that big a deal, but being an overthinking, protective parent, I went into prep mode.

I’m no dummy about the power of books as discussion starters, so I turned to our Unitarian Universalist church and was pointed toward 10,000 Dresses by Marcus Ewert, illustrated by Rex Ray (Seven Stories, 2008). The protagonist, Bailey, is a transgender girl (assigned male at birth) who just wants to make and wear beautiful dresses. Her family isn’t terribly tolerant of this behavior, and Bailey is sad until she finds an ally in a dressmaker down the street.

My daughter and I read the book several times at the beginning of the summer, and we talked about Ashley.

It wasn’t until early August, though, that we made plans for her to go to Ashley’s house for babysitting. I reminded her that Ashley was a boy and would have short hair and a beard. I showed her a picture on my phone.

“Boys are nice,” I said, unceremoniously packing her into the car. When we got to Ashley’s, I went in and stayed a while to make sure everything was copacetic. My daughter was a little nervous and shy, but when the toy bin came out, hesitation was swept away.

I asked Ashley about the visit later, and he said that my daughter kept chattering on in a semi-coherent fashion about dresses and someone named Bailey. My daughter and I hadn’t discussed the book for well over a month, but clearly the story had stuck with her and came out at the appropriate moment.

When my daughter and I got home, I asked her how the visit went. She gave me a hug and said, “I love Ashley.” And though this was said in the same tone she uses to describe a can of Spaghettios, I felt proud and found it hard to answer right away.

When I contacted Ashley about writing this blog post, he was immediately on board, and we talked on the phone for a while. I was eager to learn whether there were any books that had resonated with him as a child. Had he encountered any books with transgender characters? He said that throughout childhood, he hadn’t known that there was any other way to define himself but by the gender label that had been placed on him since birth. He enjoyed Scout in To Kill a Mockingbird, as he could relate to a tomboy character. But he had yet to encounter himself in the pages of a book. “You’d really have to be looking for them back then,” he said of books with transgender characters.

I think that’s probably still true, but fortunately for all of us there are some excellent books being published today that are getting a lot of attention and buzz. Aside from 10,000 Dresses, here are three of my recent favorites.

This book is getting tons of accolades, and deservedly so. Fourth-grader George wants to play Charlotte from Charlotte’s Web in the school play, but the teacher won’t let her because everyone sees her as a boy. But George knows she’s actually Melissa, a girl. This charming middle-grade story will steal your heart. There are many standout moments, but I particularly loved the nuanced relationship between Melissa and her older brother, Scott. But my absolute favorite detail in the book? The three-piece case, revealed by removing the jacket, is blue in the front and yellow in the back, an unusual choice. It’s a deliciously bookish metaphor for transformation and a subtle reinforcement of the book’s message to look beyond a person’s exterior to see what lies within.

A new paperback version (available September 29, 2015) updates the original 2007 edition of this YA classic. As a junior in high school, Grady comes out as a transgender boy, to the mixed reactions of his family and classmates. The funny and frank friendship with geeky Sebastian grounds the novel, just as Sebastian’s acceptance grounds Grady as he seeks to build a new identity in the ever-challenging halls of high school. I find the book particularly useful in its clear and thoughtful discussion of a whole spectrum of gender identity and sexuality. Indeed, Grady’s name is chosen, in part, because it includes the word gray, underscoring that not everything is black and white.

Beyond Magenta by Susan Kuklin (Candlewick, 2014)

Subtitled Transgender Teens Speak Out, this is a totally candid and raw look at what it means to be a transgender teenager in America today. The text packs a punch with its unfiltered honesty and presents a range of ethnicities, religions, and economic backgrounds, as we
ll as the many identities and sexualities that fall under the transgender umbrella. A watershed book.

When I was growing up in New Hampshire several decades ago, we didn’t talk much about gay or transgender people (and those certainly weren’t the words we would have used to describe them). We’d joke on the playground that the little loop on the back of a button-down shirt was a “fag tag,” and a favorite expression was “You’re so queer!” It goes without saying that there was no understanding that gender identity was separate from sexuality. My early comprehension of what it meant to be transgender was rudimentary at best, ignorant at worst.

Fast-forward to 2015. Transgender people are visible everywhere. They’re on TV, in the news, and on the cover of Vanity Fair. My daughter’s caregiver is transgender. My daughter could be. Or my son. And if either of my children are, thank goodness that we seem to be progressing as a society so that my kids, all our kids, have a better chance of leading the lives they want and need to live. There are more options now. We’re having a deeper conversation. Let’s keep it going.

Yolanda Scott is editorial director at Charlesbridge, where she has edited nearly two hundred books since beginning her career in 1995. She is a co-founder of Children’s Books Boston, sits on the board of directors of the Children’s Book Council, and is a member of the CBC Diversity Committee. She lives near Boston.