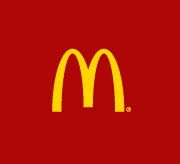 The top ingredients of great storytelling have been revealed by McDonald’s Happy Readers today, including a knack for mimicking voices like Roald Dahl’s famous Willy Wonka, and adding sound effects like the jumbled words and naughty noises of the BFG (Big Friendly Giant).

The results of the major cross-generational survey of more than 3,000 UK grandparents, kids and parents on books and reading, are being released to mark the start of a landmark partnership between McDonald’s Happy Readers, the National Literacy Trust, Penguin Random House Children’s UK and the Roald Dahl Literary Estate.

Over the next six weeks, 14 million books featuring extracts from Roald Dahl’s most popular books will be distributed as part of McDonald’s Roald Dahl Happy Meals, making the extraordinary world of Roald Dahl accessible to millions of children. Families will be able to discover the famous author’s magical universe of characters, from the BFG and his ‘human beans’, to mischievous George and his Marvellous Medicine.

The research reveals that Roald Dahl and his stories have helped to inspire a nation of avid storytellers in the UK.  Today, three quarters of mums, one in five dads and one in 10 grandparents read regularly to children across the country. Half of adults want to encourage budding readers to stretch their imaginations and the same number use reading as a way to spend time together as a family.

Despite the UK having a rich tradition of reading, the research reveals a desire for more family members to get involved.  Children like being read to by their siblings, but currently just 2% of older brothers and sisters are involved in reading with the family. Families are looking to spend more time reading together, but one third of parents say their own busy lives and hectic family schedules, with lots of after-school activities, often get in the way.

Over half of adults agree that technology can help bring stories to life, through storytelling tools such as live sounds effects. So, in addition to the 14 million books, McDonald’s UK has developed a new, original companion app that will bring to life scenes straight from Roald Dahl’s imagination through sounds, colour and motion.

The research reveals the top five ingredients for extraordinary Roald Dahl-inspired storytelling, as voted for by kids aged 5-11:

Since 2013 McDonald’s has distributed more than 22.8m books through its Happy Meals and Happy Readers programme.  McDonald’s Happy Readers campaign was created to put more books into the hands of families, with recent research from the National Literacy Trust showing that only half of children enjoy reading[1] and almost one in seven don’t have a book of their own[2]. Partner organisations including the National Literacy Trust, WH Smith and Kobo, have helped McDonald’s give away some of the UK’s best-loved family reads from Dorling Kindersley’s ‘Amazing World’ series to Enid Blyton’s ‘Secret Seven’.

“Dads like me grew up on the magic of Roald Dahl and his extraordinary characters.Finding time for families to have fun together is all part of a trip to McDonald’s, so I’m thrilled we’re able to introduce the likes of Matilda, James and his Giant Peach and the wonderfully ludicrous Twits to a new generation of readers.

“Our Happy Readers campaign is all about helping families to find the fun in reading but the research findings show that not every parent has the time or confidence to read out loud. I hope that 14 million new Dahl books, with hints and tips for readers old and young, will encourage everyone to discover the wonderful world of Roald Dahl.”

“Reading and telling stories together as a family is so important in giving children a solid grounding in literacy skills and helping them to reach their full potential. Many parents will have enjoyed the wonderful world of Roald Dahl when they were young and now they’ll be able to share these iconic stories with their children. The scale of the campaign will reach millions of children, including many who haven’t owned a book before, inspiring them to enjoy reading and improving their life chances.”

Classic stories that bridge generations – the top ten most read Roald Dahl books as voted for by kids, parents and grandparents:

Other research findings include:

There are also three books available from £1 from WH Smith or Eason with the Happy Readers £1 book voucher:

Tips from the National Literacy Trust to make reading fun

The National Literacy Trust is a charity that transforms lives through literacy. We want to get more families reading. Reading is fun and children who read in their own time do better at school and later in life. By partnering with McDonald’s we hope to encourage more families to read together.

Here are s
ome top tips for reading with children:

About the National Literacy Trust

We are a national charity dedicated to raising literacy levels in the UK. Our research and analysis make us the leading authority on literacy. We run projects in the poorest communities, campaign to make literacy a priority for politicians and parents, and support schools.

Visit www.literacytrust.org.uk to find out more, donate or sign up for a free email newsletter. You can also find us on Facebook and follow us on Twitter. Phone us on 020 7587 1842 or email [email protected]

Danielle Wright, Media and Communications Officer on 0207 820 6262 or at[email protected]

About Roald Dahl and his legacy

Born in Cardiff of Norwegian descent, Roald Dahl (1916–1990) was one of the world’s most inventive, mischievous and successful storytellers. His stories are currently available in 58 languages and, by a conservative estimate, he has sold more than 200 million books.

Many of Roald Dahl’s best-loved stories have been adapted for stage and screen. High-profile film adaptations include Willy Wonka and the Chocolate Factory (1971), James and the Giant Peach (1996), Matilda (1996), Charlie and the Chocolate Factory (2005) andFantastic Mr Fox (2009). The next movie will be Steven Spielberg’s adaptation of The BFG, set for release in July 2016.

The RSC’s phenomenally successful award-winning stage version of Matilda The Musicalcontinues to play to packed audiences in London’s West End and on Broadway, ahead of its Australia opening and US tour later in 2015. Over a million people have seen the acclaimed West End musical production of Charlie and the Chocolate Factory, directed by Sam Mendes, since its opening in June 2013. A mischievous new adaptation of Roald Dahl’s The Twits by Enda Walsh premiered at London’s Royal Court in April 2015. In July 2015, the first app to feature Roald Dahl characters, ‘Twit or Miss’, launches.

Roald Dahl Day is marked annually all over the world on – and around – Roald Dahl’s birthday, 13 September. In 2016, there will be global celebrations for the centenary of Roald Dahl’s birth, from January through December.

For more information on the wonderful world of Roald Dahl, please visit: