Home > Blog > The Animorphs Series to Be…

The Animorphs Series to Be Adapted for Film 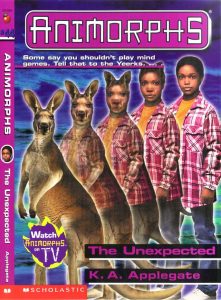 Featuring 54 novels, the series was originally written by K.A. Applegate and published by Scholastic. It follows five teenagers who develop the ability to transform into various animals, and are recruited into battle.

Expectations will be high for this long awaited adaptation. Animorphs is highly regarded as a piece of ’90’s culture, so to see it finally brought to the big screen will certainly be a treat for adults who grew up with them. (Cinemablend)