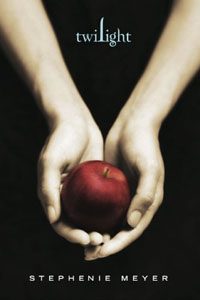 New York, NY — Megan Tingley, Executive Vice President and Publisher, Little, Brown Books for Young Readers, announces the publication of a special tenth anniversary edition of Stephenie Meyer’s Twilight, the groundbreaking novel that became an internationally bestselling publishing phenomenon, a blockbuster film franchise, and a cultural touchstone around the world. This new edition will release on October 6, 2015, and features exclusive bonus content. It will be available in hardcover, ebook, and large print formats, in addition to an audio version from Listening Library.

In celebration of the tenth anniversary, Meyer attended the annual Forever Twilight in Forks fan gathering. In addition, Meyer will also be participating in this year’s New York Comic Con for an event and autographing on Thursday, October 8, at 1:45 p.m. Meyer will be in conversation with Josh Horowitz of MTV After Hours as they reflect on the tenth anniversary and discuss the new edition of her landmark novel. Meyer will also be doing book signings in the New York City and Los Angeles areas surrounding the release.

“It’s amazing to me that ten years have passed since Twilight was first published,” said Meyer. “For me, this anniversary is a celebration of the fans, with all of their incredible passion and dedication. I’m excited to get to spend time with them again.”

“I felt the same thrill reading this special anniversary edition as I did when I read the manuscript a decade ago,” commented Tingley. “I’m pleased we have this opportunity for devoted fans to relive the extraordinary Twilight experience, as well as for a new generation of readers to discover it for the very first time.”

Deeply romantic and extraordinarily suspenseful, Twilight has enraptured millions of readers since its first publication in 2005 and has become a modern classic, redefining genres within young adult literature and inspiring a phenomenon that has had readers yearning for more. The internationally bestselling Twilight Saga, which also includes New Moon, Eclipse, Breaking Dawn, The Short Second Life of Bree Tanner: An Eclipse Novella, and The Twilight Saga: The Official Illustrated Guide, has sold nearly 155 million copies worldwide.

Among its many accolades, Twilight was a #1 New York Times bestseller and a #1 USA Today bestseller. It was selected as an NPR Best-Ever Teen Novel, a New York Times Editor’s Choice, and one of TIME magazine’s Best 100 Young Adult Books of All Time. The film versions of Meyer’s Twilight Saga, starring Kristen Stewart and Robert Pattinson, collectively won thirty-two Teen Choice Awards and seventeen MTV Movie Awards, and grossed over $1.1 billion worldwide.

About Stephenie Meyer
Stephenie Meyer is the author of the #1 bestselling Twilight Saga and The Host. She graduated from Brigham Young University with a degree in English literature, and she lives with her husband and three sons in Arizona. Learn more at stepheniemeyer.com.